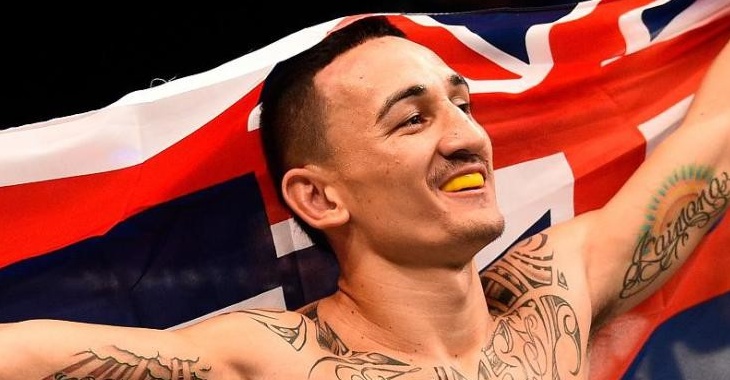 The UFC’s current undisputed Featherweight king, Max Holloway began his Mixed Martial Arts career six years ago at just the young age of nineteen years old. Before he started the journey to being one of the best MMA fighters in the world, he tried his hand at kickboxing. Check him out before the tattoos and MMA gloves!

Max Holloway entered the UFC with a 4-0 record and now sits atop his division with a 19-3 record and currently riding one the best win streaks in all of the UFC at twelve straight with his last three all coming by way of knockout or TKO. Holloway was many people’s and outlet’s choice for male fighter of the year in 2017 when he was able to dethrone one of the greatest fighters of all time, Jose Aldo. He would then follow it up with a successful defense over Aldo. This made Holloway the first fighter to get two wins over Aldo.

It’s incredible to see how good Holloway is for how young he is and for only competing for six years in MMA. And he shows to only be getting better as evidenced by each performance he puts on.

In Holloway’s next bout, he will be looking to defend his title for the second time against a former Lightweight champion, Frankie Edgar at UFC 222 on March 3. Edgar is one of the very best wrestle-boxers in MMA and many believe that Edgar may have the stylistic recipe to dethrone the young champion and make himself one of the few multi-weight champions in the UFC’s history. Of all the strong wrestlers that Holloway has fought in his career, he only lost to one and that was Dennis Bermudez by split decision. A fight that many viewers believe Holloway was robbed in.