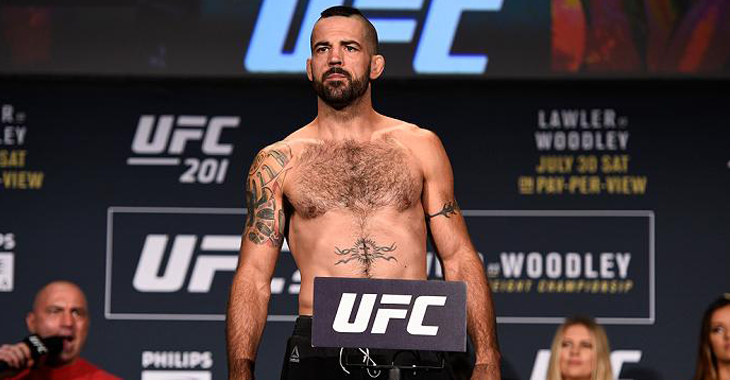 Matt Brown and Donald “Cowboy” Cerrone engaged in one of the great fights from the exhilerating UFC 206 event that took place at the Air Canada Centre in Toronto over the weekend.

Brown and Cerrone went to war in a back and forth battle that came to an end in the third round where Cerrone landed a devastating kick to the head of Brown as he was leaning into the powerful attack. Brown dropped to the canvas and Cerrone realized Brown’s condition and did not need to follow up with any strikes to the downed veteran.

On Sunday, Brown tweeted a short and sweet message to his fans.

Brown said, “Want to send out a shout to all of you guys that give me positive energy and continue to motivate and inspire me on this journey.#notoveryet.”

Want to send out a shout to all of you guys that give me positive energy and continue to motivate and inspire me on this journey.#notoveryet

What do you think should come next for Matt Brown and Donald Cerrone? Play matchmaker and let us know in the comment section who you think would be a good contest for both Brown and Cerrone for their next fights in the UFC.