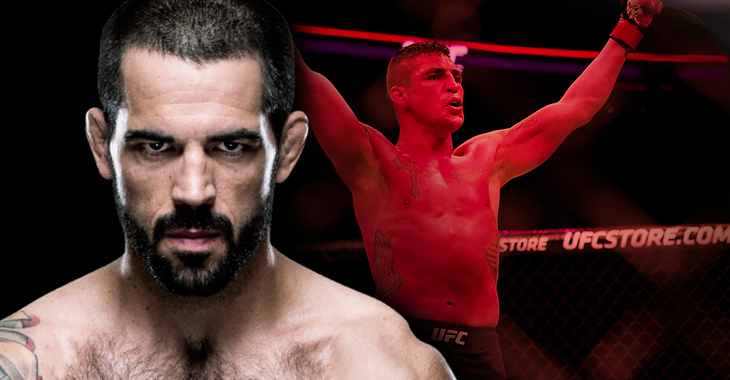 It came as a surprise when ‘The Immortal’ Matt Brown decided he was going to step away from the sport. He announced that his UFC Norfolk fight with Diego Sanchez would be the last time he steps into the Octagon, officially retiring whether he wins or loses. His exciting fights will be missed, but much respect to Matt Brown for getting out when he feels it’s time. He thinks that this moment could be all the more special, if his opponent decided it was time to leave the gloves in the cage as well.

UFC makes it official @DustinPoirier vs. @Showtimepettis as the main event in Virginia. @IamTheImmortal vs. @DiegoSanchezUFC as the co-main pic.twitter.com/d5PtQgY7oT

“I think I’m technically superior to him. I’m faster, stronger, bigger, everything. So, it’s going to be a great night for me and not-so-great night for Diego. I hate saying that, because I love Diego, but I think after this fight he’s probably going to consider his retirement too. I might even retire him that night actually and have a great story after. I think [a double retirement] would be a great story wouldn’t it? I think Diego should retire the same night.” — Matt Brown speaking to MMA Tonight on Sirius XM Rush.

Diego Sanchez has been in absolute wars during his career, 12-years of which took place for the UFC. He’s the only fighter from the very first Ultimate Fighter broadcast to still be fighting in the UFC. It’s not our place to say when Sanchez should retire or not, but he’s given his all for the sport and we’d celebrate his accomplishments with respect if he did. The same way we will with Matt Brown. Before any of that happens though, we are in for one helluva fight on November 11th at Fight Night 120.