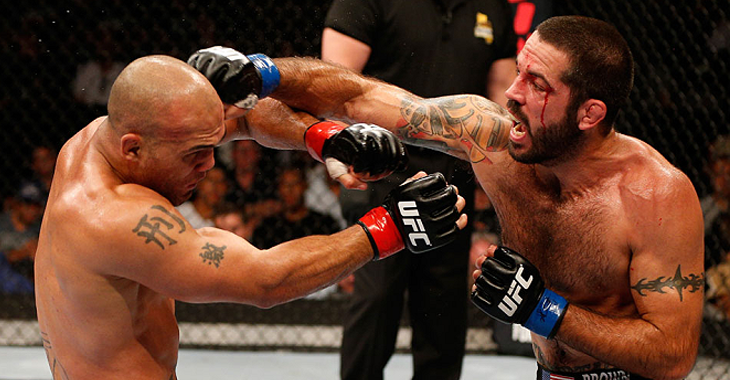 UFC fan favorite Matt Brown is set to make his return to the Octagon at UFC Fight Night 120 against another fan favorite, Diego Sanchez as the two are set to fight on November 11 in Norfolk, Virginia.

To much surprise, “The Immortal” announced on Thursday via social media that his fight against Sanchez will be his last fight. “11/11 will be my retirement fight. Thanks for enjoying the ride with me this will be an amazing show me and Diego will put on a show for all of you.”

11/11 will be my retirement fight. Thanks for enjoying the ride with me this will be an amazing show me and Diego will put on a show for all of you

Matt Brown holds a 20-16 professional MMA record and is known for his aggresive and relentless fighting style. Brown made his way into the UFC through The Ultimate Fighter series, starring in season 7. Brown has spent the majority of his MMA career fighting in the UFC with 23 professional fights in the Octagon.

What is your favorite Matt Brown fight or moment? Let’s take this one to the comment section as there are sure to be many!