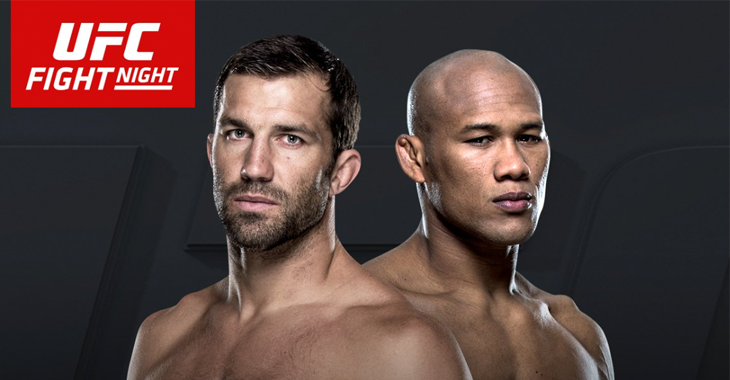 According to a report from MMA Fighting released on Tuesday, multiple sources have told them that the rematch between the two former opponents has been canceled due to Rockhold suffering an injury. The two middleweights were slated for the main event fight of UFC Fight Night 101 taking place in Melbourne, Australia at Rod Laver Arena. The UFC has yet to announce if “Jacare” will remain on the November 26 card.

MMA Fighting got a hold of Gilberto Faria who manages “Jacare” and stated that they are only looking to book a fight with middleweight champion Michael Bisping.

“Michael Bisping is running from ‘Jacare.'” Faria stated. “He is so scared of him. He’d rather fight someone like Dominick Cruz, who I would put my money on, by the way.”

Michael Bisping has recently been campaigning to fight Georges St-Pierre or Nick Diaz at UFC 206, which takes place on December 10 in Toronto, Canada.

The UFC has yet to make any official announcements on UFC Fight Night 101 regarding Rockhold and Souza.