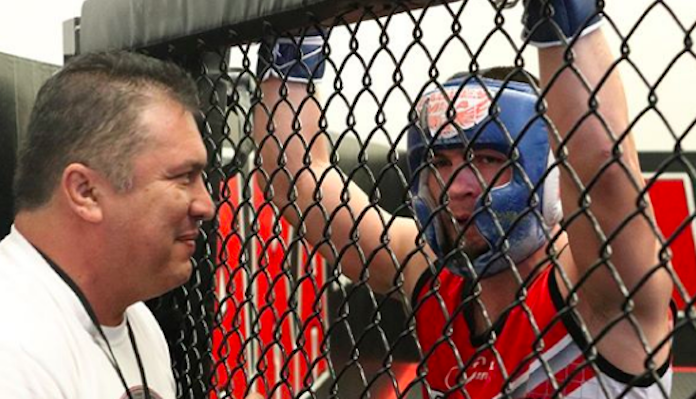 This fight, which is widely considered one of the biggest in UFC history, is endlessly compelling. That said, most people believe it will go one of two ways. Either Khabib Nurmagomedov will use his world class grappling to pound McGregor into a paste, or McGregor will remove Nurmagomedov’s batteries with his world-class striking and fight-ending power.

Khabib Nurmagomedov’s coach Javier Mendez seems to sense these two possibilities. In his eyes, there is simply no way to prepare Nurmagomedov for McGregor’s striking — which makes getting the fight to the mat that much more crucial.

“To me [Conor McGregor] is the best standup guy in the whole UFC, in my opinion,” Javier Mendez told Niall McGrath on the new Eurobash Podcast (transcript via Peter Carroll of MMA Fighting).

“He’s a master, in my opinion, on the fighting arts and he’s also got a ground game — he’s good everywhere. I’m not sleeping on how great he is. I’m prepared for everything but he is a great fighter.”

Javier Mendez continued, referring to this fight as a vintage striker vs. grappler match.

“There’s no amount of time that we have that’s going to help us to try and get him to stand up, there’s no way possible. So, I’m not gonna say, ‘Oh yeah, we’re gonna get him ready’… come on…wake up…it ain’t gonna work,” he said.

“We have to fight our strengths, we have to find ways of opening the doors to where his weaknesses are and likewise. This is basically the classic grappler versus striker fight. Keep in mind that they can both grapple and they can both strike, it’s just one is better than the other at (each discipline).

“We’re the better grappler, he’s the better striker, but that doesn’t mean we won’t strike, it just means he’s better. It’s about who plays whose game.”

“I want nothing to do with Conor’s stand-up…he’s too good.”

What do you think of this Khabib Nurmagomedov vs. Conor McGregor fight? Who wins?