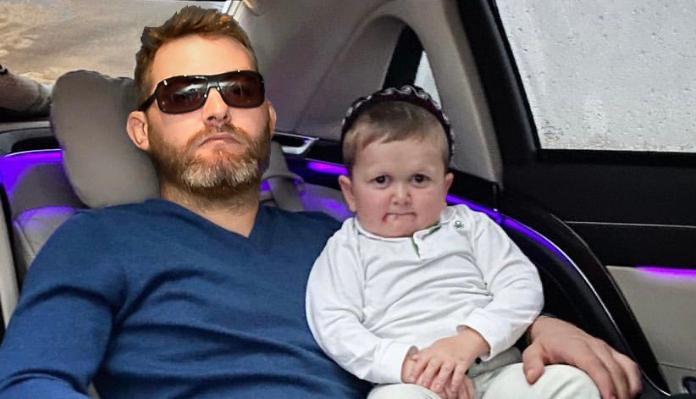 FMD’s Fight Circus are recruiting for their next show and they’re offering a reward for anyone who can find them an ‘American Hasbulla.’

Hasbulla Magomedov has made quite a name for himself on the MMA scene in recent months. The 19-year-old blogger from Dagestan is nicknamed ‘mini Khabib’ and has amassed over 750k followers on instagram.

The young Russian certainly knows how to market himself, and was reportedly offered $7 million for a fight against fellow little person Abdu Rozik.

Hasbulla was also called out by Thailand-trained lightweight Rafael Fiziev who cut an epic promo in the wake of his win over Bobby Green at UFC 265.

After getting the unanimous decision, Fiziev said,

““Hasbulla… if you want money fight, you fight me with bro!”

Fiziev called out Hasbulla. Be careful what you ask for son…. pic.twitter.com/s3PkMCOUpL

Other UFC stars such as Khabib himself and Henry Cejudo have also spoken about potential fights involving Hasbulla.

It comes as little surprise that Fight Circus are searching for an individual with similar gravitas. The Bangkok-based company are on the look-out for talent for their upcoming show which will take place on Halloween weekend.

Jon Nutt, who is both president and MC of the promotion, has sent out the call.

He released the following message via twitter that reads,

“I am looking for an American Hasbulla!!! A trip to Thailand and a holiday in a villa for whoever delivers what I Need.”

advertisement - continue reading below
advertisement - continue reading below
Speaking exclusively to BJpenn.com, Nutt elaborated on the search and said,
“We are actively looking for the American Doppelgänger of Hasbulla. Our Fight Circus show was an absolute hit during the pandemic and the waves it has produced are an absolute Tsunami. Rest In Peace to everyone lost in the Tsunami. We are looking for 8 wild and crazy little people who want a chance to reach super stardom,” said Nutt.
“These crazy 8 will be whittled down to two exceptional fighters who will have the opportunity to compete under the Fight Circus banner. Live and in full effect on the Island of Phuket for an American Audience. So not only will they have the opportunity to travel to Thailand and Holiday on one of the most beautiful Island in the world. They will stay at in 5 star accommodations in a Villa on Phuket provided by Siam Real Estate. And they will become…The Next Big Thing in Combat Sports,” he continued.

Fight Circus have established a reputation for hosting some of the wildest bouts on the planet and it appears that their next show will seek to up the anti.

“The October 30th show will include the most experienced MMAsymetrical Championship ever as Will Chope (whose only ever loss in the UFC came against Max Holloway) takes on Bank and No Money. The most experienced transgender athlete Nong Rose will fight. But against a man, not a woman, cause Fight Circus doesn’t play that sh**” said Nutt.

What do you make of Fight Circus’s search for ‘the American Hasbulla?’ 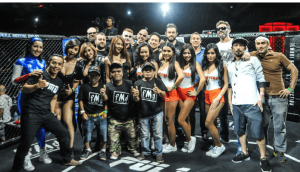