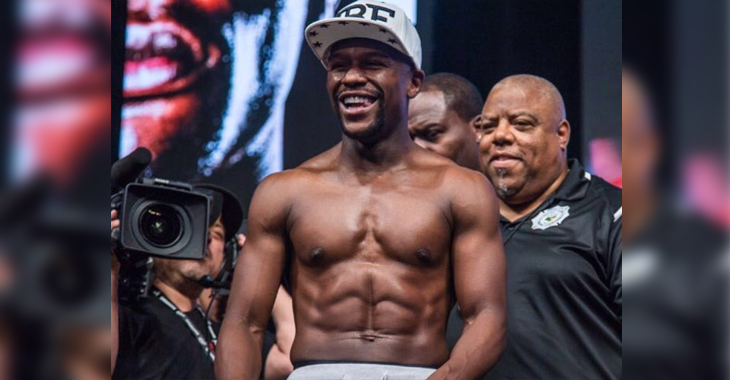 Following the biggest win of his career over Conor McGregor, Khabib Nurmagomedov was immiedatly linked to Floyd Mayweather as the undefeated UFC lightweight champion set his sights on a bigger payday in the boxing ring.

“The Eagle” first sent a challenge out to Mayweather following his dominant win at UFC 229, to which the boxing star accepted. It appeared as though fans were going to see yet another crossover bout, simliar to the Mayweather vs. McGregor super fight which took place in August of 2017. However UFC President Dana White was quick to shut those rumors down in a recent interview with ESPN.

“Don’t pay attention to it,” White said. “First of all, the Mayweather team has not approached us at all. Khabib is under contract with the UFC. Floyd is very good about getting his name out there when he wants to.”

Khabib Nurmagomedov (27-0) made the first successful defense of his lightweight title when he submitted McGregor in the fourth round at UFC 229 earlier this month. The 30-year-old pushed his octagon record to 11-0, which now includes wins over McGregor, former lightweight champion Rafael Dos Anjos and Al Iaquinta.

“I’m talking to everybody right now,” Abdelaziz said. “At the end of the day, Khabib is a UFC fighter. He has a contract with the UFC, and we respect the contract…but we’re open, if Floyd wants to box Khabib. You have a guy who is 50-0, a guy who is 27-0. Both have never tasted defeat. Khabib brings 2.5 billion Muslims around the world, some of the richest countries in the world, and they’re behind him. Floyd Mayweather is a megastar. Floyd ‘Money’ Mayweather. If the two forces clash, that’s a real fight.”

In the meantime Nurmagomedov is currently under a temporary suspension by the NSAC (Nevada State Athletic Commission) for jumping out of the cage following his victory at UFC 229.

Would you like to see Khabib Nurmagomedov and Floyd Mayweather throw down inside the squared circle?