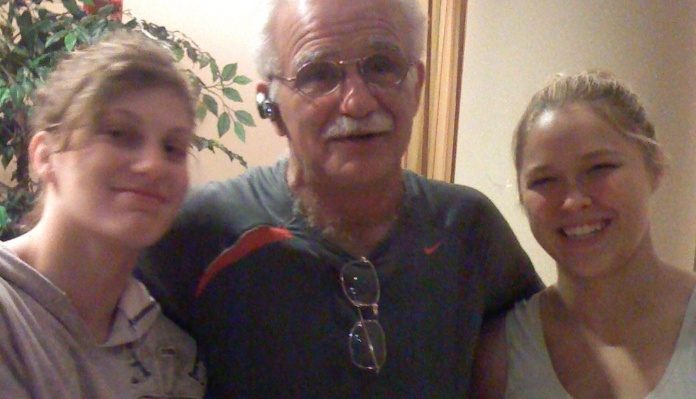 When it comes to prospects in MMA right now, there are few if any better than the highly touted PFL lightweight Kayla Harrison.

Instantly upon entering the MMA world, Harrison became the best Judoka in the sport with her very accomplished background as a sixth-degree black belt and two-time Olympic gold medalist.

At only 28-years old, Harrison now finds herself 2-0 in her MMA career after competing in June and August.

In her debut, she took on Brittney Elkin and wasted little time imposing her game as she got the action to the mat and would eventually find the armbar submission. Sounds familiar, right…?

Being a high-level Judoka in MMA, you’re going to get Ronda Rousey comparisons and reasonably so. Rousey and Harrison actually were training partners for multiple years and competed in tournaments against one another.

Obviously, Rousey laid the groundwork when it comes to the MMA careers and Harrison realizes that she can learn from having watching the former UFC champion as she told ESPN.

“Initially, I was disappointed [with my recent third-round TKO over Jozette Cotton], but I got over it pretty quick. If I don’t win in dominant fashion instantly, I’m not happy. But I talked to my coaches and my boyfriend [UFC welterweight Tony Martin] and realized I got a lot of good experience.

In a way, Rousey was lucky her matches were so short because no one got to study her. But the fact she could always go straight for her opponent’s head and get into the clinch, I feel it didn’t help her development never being able to go three rounds. I won’t ever say anything bad about Ronda, but every fighter has to adapt in MMA. It’s constantly changing. Gaining that experience was really good for me.”

One of Rousey’s biggest critiques, especially later in her career, was her lack of head movement when it came to striking.

Obviously, this was more easily exploitable as Rousey began to start getting comfortable on the feet as her career continued. As a fellow judo practitioner, Harrison explained why Rousey couldn’t fix this glaring hole in her game.

“I say it almost every interview, but head movement is something judo players never think about because no one is trying to punch you in the face. Head movement is so key, and it doesn’t come naturally to us. Slipping, rolling and parrying punches is huge in MMA.

Of course, I’m focusing on my striking, but also how to get into the clinch safely and effectively. And if I can’t take them down up top, I can take them down below the knees with wrestling, which is something I never really did in judo.”

In Harrison’s sophomore MMA fight against Jozette Cotton at PFL 6 this past Thursday, Harrison displayed a full range of MMA skills as the fight lasted longer. Never not in control of the fight, the American Top-Team product showed that she is developing quickly.

The end goal for Harrison is, of course, to drop to 145-pounds and defeat the likes of one of MMA’s best, Cris ‘Cyborg’ Justino. The two remain separated between organizations right now, but as we’ve seen in the past…anything can happen in MMA.