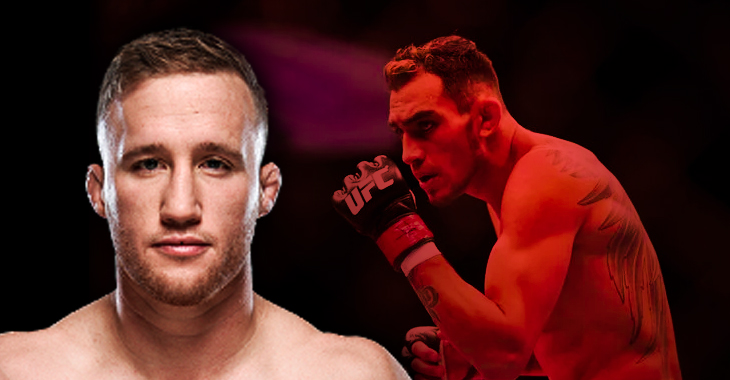 Logging onto Twitter usually ends up this way. You log on and everything is all cool, then before you know it, you’re locked in an argument with someone. Just like something we’ve all experienced, Justin Gaethje tweeting out to Tony Ferguson started out pretty tame. Gaethje responded to a tweet of Ferguson’s with a joke about ankle picks. That was a line used by Ferguson on Thursday, after he and UFC heavyweight Fabricio Werdum almost threw down at lunch. It didn’t stop there though, next thing you know is one fighter’s leg is going to get broke and the other is getting their career ended. Tony Ferguson just got into it with Justin Gaethje’s upcoming opponent, Eddie Alvarez on Twitter a couple of days ago. It only makes sense some beef would start with Gaethje a well, since the winner of Alvarez/Gaethje will either be on the fast track for an interim lightweight or lightweight title shot. Between Kevin Lee, Khabib Nurmagomedov, Alvarez and Gaethje, it looks like Tony Ferguson has become public enemy number one of the lightweight division. It’s going to be very interesting to see how the top-five at lightweight sort out.