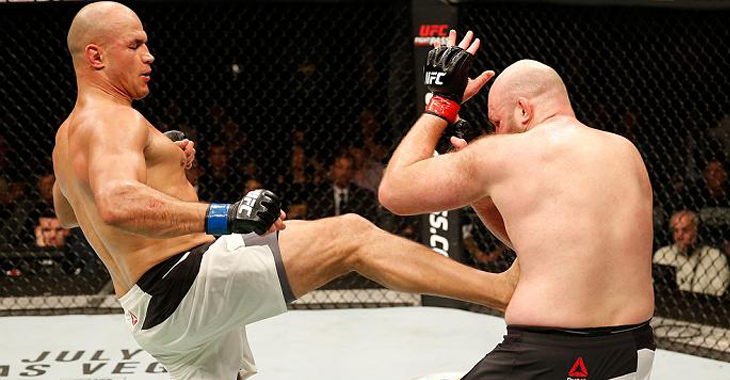 Following his loss to “JDS”, Rothwell stated that taking the fight was “strategically stupid”, as dos Santos was coming off of a loss.

“Cigano” responded to Rothwell’s comments on Monday’s edition of The MMA Hour:

“If you’re winning, you have to fight with anyone,” the former UFC heavyweight champion said Monday on The MMA Hour. “If you want to be the champion, you can’t pick opponents. So if he would like to be the champion, at some point he should fight against me or all the other guys. It’s part of the thing to be champion.”

Junior, who holds a victory over current UFC heavyweight champion Stipe Miocic, would love another shot at UFC gold:

“The belt is always my goal, my biggest goal,” dos Santos said. “I don’t care about anything that’s happening with all the guys. Sometimes I try to be a little more aggressive with my words, but I don’t know how to do that. My main objective in UFC is to become the champion again. I know that I can do that, and I will do that, so if Dana White wants to give me a gift, give me the title shot.”

Who would you like to see “JDS” fight next? Sound off PENN Nation!