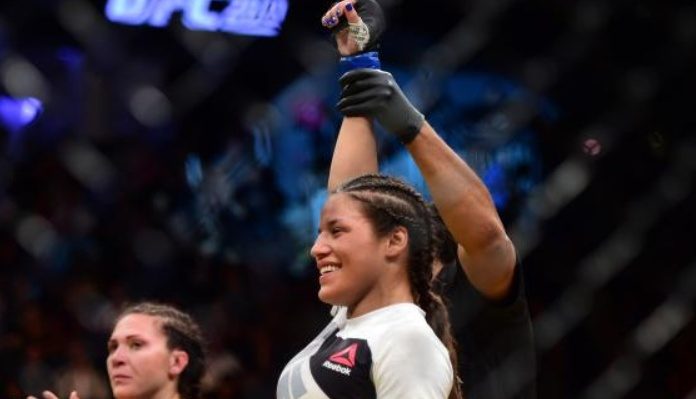 The women’s bantamweight division has thinned out over the years after starting out as the thriving inaugural female UFC division. Things are starting to get interesting again though and that can be contributed to prospects making waves and some old staples making returns.

One of the missing faces from the usual mix of top contenders has been the first female fighter to ever win a season of The Ultimate Fighter, the season 18 winner Julianna Pena.

Pena last fought in January 2017 when she got her first main event slot as she took on Valentina Shevchenko. After some early success in the opening round, Pena would, unfortunately, succumb to a second-round armbar with 31-seconds remaining in the round.

The loss was Pena’s first of her UFC career and snapped a four-fight winning streak that surely would have resulted in a title shot had she extended it to five.

Since then, Pena has taken some time off and became a mother. But now it seems that she may be ready to finally get back in the Octagon.

The most interesting part about Pena’s inevitable return will be whether or not it comes in the bantam or flyweight division as Pena has mentioned in the past that she has interest in dropping down. Judging by the hashtag though, it seems safe to assume she may be leaning towards the division we’re accustomed to seeing her in before making any new decisions in regards to 125-pounds.

Either way, whichever division Pena is in she’ll surely be a factor and someone that will get right into the title mix like she was when she left.