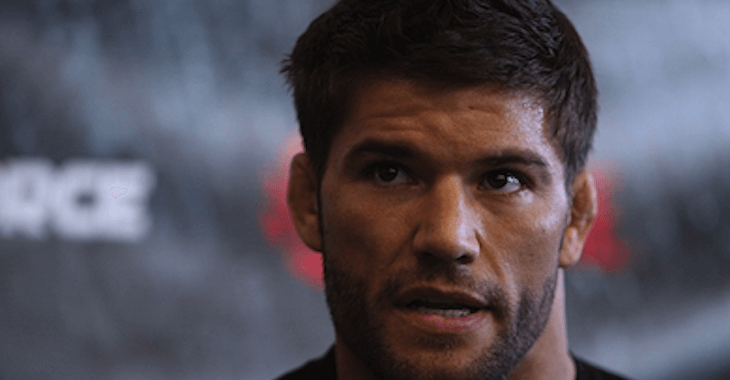 A first in MMA history was made today after the California State Athletic Commission (CSAC) had a hearing with MMA veteran Josh Thomson.

Thomson met with the commission on Tuesday regarding his controversial loss, which took place back in February against Patricky “Pitbull” Freire. Freire won by KO in the second round moments after an inadvertent headbutt between the two opponents occurred, which referee Big John McCarthy failed to see during the competition. Prior to Thomson meeting with the commission in person, they had already ruled not to change the outcome of the fight to a no contest. However, Thomson insisted on meeting with them so he could make his case in person to overturn his loss.

Despite trying to make his case and getting McCarthy to admit over the phone to the commission that he would have stopped the action if he had seen the clash of heads during the competition, the CSAC ruled that they will only add an asterisk next to the fight result of Thomson vs. Freire, which is a first in MMA history. With the asterisk, Thomson is still unhappy with the result as it does not change the fight result and spoke with BJPenn.com’s Chris Taylor about his Tuesday hearing.

“So, with all that, all those things being the case then the fight should have been stopped, the doctor should have came in or should’ve given me the five minutes for me to recover. So either way, that’s the California State Athletic Commission ruling. They write rules and then try to find ways around it, not to implement those rules that they put into place.”

Thomson went on to say that the CSAC has no interest in fighter safety and were dead set on not going back on a ruling they had already made.

“Honestly, this whole thing shows now that they voted as soon as the asterisk was offered to me, they all automatically voted yes. So it just goes to show they have no concern for fighter safety. And, the fact that Big John was not in the right spot. He admitted he wasn’t in the right spot. He admitted that he didn’t see. He admitted he would have stopped the action had he seen it. They didn’t care about that. They didn’t care about the fact that a fighter was dropped due to a headbutt. All they cared about is making sure they didn’t have to overturn a decision that they made previously.”

After you've been hosed by the CSAC…. Why not! Cool thing is, I'll have the very first #Asterisk in sports history next to my fight.🙄#LAME pic.twitter.com/vTSr4DeBqL