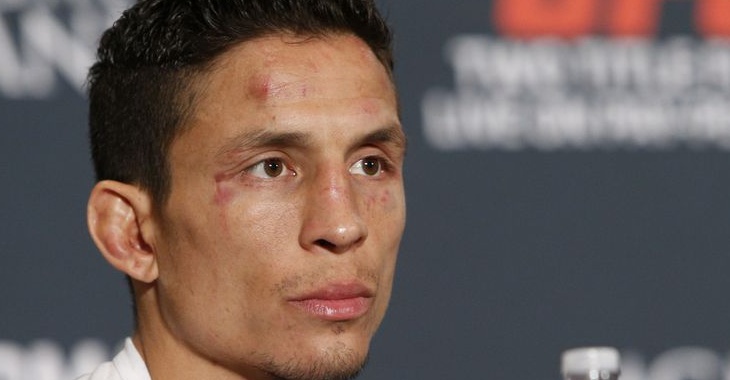 Joseph Benavidez is one of if not the most underrated fighter of all time in MMA. He’s beaten every single fighter put in front of him that hasn’t been named Dominick Cruz or Demetrious Johnson. Who also happen to be pretty darn good fighters themselves. Benavidez was one of the WEC’s original stars and a staple in Team Alpha Male. Despite not losing any fights this year, or even fighting at all, it was still the former two-time UFC title challenger’s toughest of his eleven-year career.

Benavidez is currently riding an impressive six-fight win streak with his last win coming over Henry Cejudo last December. June 11 was the date of UFC Fight Night 110 in Auckland, New Zealand. Trying to battle his way back to another title shot against Flyweight king, Demetrious Johnson,  and Benavidez was scheduled to take on Ben Nguyen until he suffered the first major injury of his career when he tore his ACL in training. He spoke to MMA Junkie recently and spoke about what the year has been like for him.

“It was only me going through it, and that’s the way I thought about it,” Benavidez told MMAjunkie Radio. “Like, no one else is going to care. That’s why I’m not like, ‘Hey guys, I’ll be back soon. Check it out. I just bent my leg to 30 degrees or whatever.’ In this sport, there’s such a short memory. There’s always something happening. Someone getting injured, a fight that weekend.

“It was miserable, of course,” Benavidez said. “And I know Megan (Olivi, his wife) wouldn’t be doing anything else, but she was in there helping me shower, you know. I cried every day. On my couch, like – it was just terrible to have something taken away from you like that.

“I would cry all the time, and Megan would go down and sleep with me on the couch because I couldn’t go up the stairs. And I’d have to wake her up because I was just crying. Just breaking down and just kind of – I don’t know. It was just a long road. And then the pain and everything as well. There were times when I was crying naked with my dog on my lap.”

Benavidez went on to say that his progress is coming along and he’s training lightly now, just going through the motions and hopes for a return in March or April.

What’s next for Benavidez upon his return? Will he come back the same?