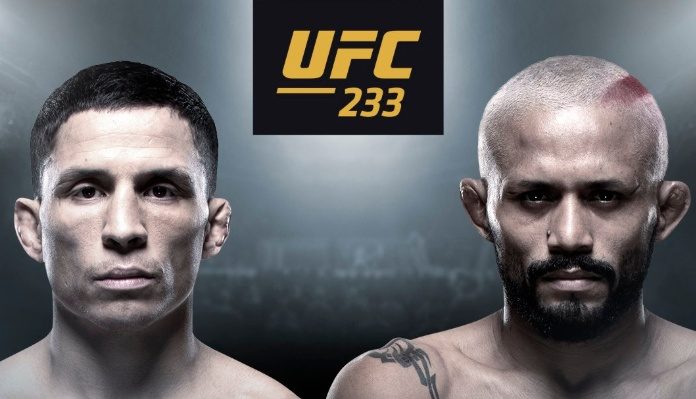 After a briefly controversial moment in his last time out this past Friday, Joseph Benavidez (26-5) still found himself able to secure the win by first-round TKO over Alex Perez.

The win marked Benavidez’ first since December 2016 when he defeated the now champion, Henry Cejudo.

Now that he’s back in the win column and trying to make his case for why the 125-pounders should stay in the UFC, Benavidez has already booked his next fight.

Standing in his way will be the surging undefeated Brazilian Deiveson Figueiredo (15-0) as they will meet at the stacked UFC 233 on January 26 in Anaheim, California.

More flyweights head to Cali! @JoeJitsu steps right back in the Octagon against @DeivesonDaico at #UFC233 in Anaheim! pic.twitter.com/sL3I150SrM

For Deiveson Figueiredo, this will be the biggest fight of his career but one that he’s more than up for as he called for a title bout after his last win at UFC Lincoln where he scored a second-round TKO over John Moraga.

In Figueiredo’s four career UFC bouts to this point, he has finished three of them by way of TKO.

As for the UFC 233 card overall, it just continues to get better and better as it looks like it will be a very tough one to beat as 2019 carries on afterward.

Now set with 11 bouts at the moment, we could still end up getting three more at the most. With rumblings of potentially another title fight being added, it would just take UFC 233 to a whole new level of awesome.

Check out how the card looks as of right now (not all bouts have been officially announced):