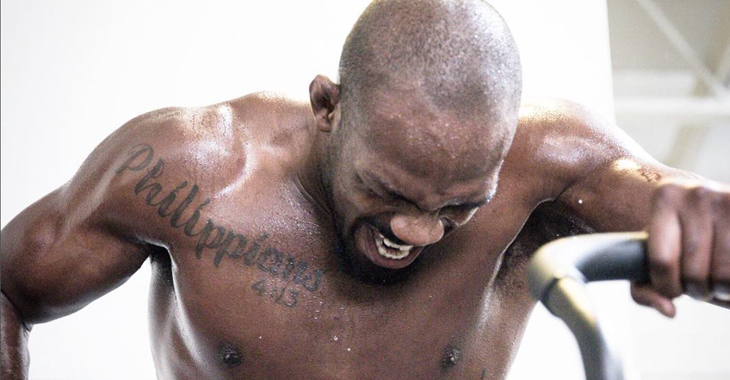 Late last month, in the main event of the stacked UFC 214, Jon Jones reclaimed the UFC light heavyweight title with a third-round knockout of his arch rival Daniel Cormier. It was a feel-good moment for the MMA great. It was, of course, one that could have occurred much sooner, as he and Cormier were scheduled to rematch twice previously to no avail.

As it turns out, their long-awaited rematch very nearly failed to occur at UFC 214 too. Speaking to FloCombat.com, Jones’s striking coach Mike Winkeljohn explained that the fighter sustained an injury just days out from his fight with Cormier.

“I’ll share with you [that] a couple nights before the fight, yeah, he couldn’t lift his arm — he had hurt it wrestling,” Winkeljohn said. “He wrestled a little too hard with his partner, maybe a lack of warm-ups, I’m not sure, but it was kind of scary.

“It was one of those situations where when I was warming him up I had asked the coaches and they had agreed, they were ahead of me on this, that we shouldn’t be doing a lot of wrestling because I didn’t want Jon to have to underhook and lift with his one arm because that could potentially cause it to be hurt again and mess his mindset up. I wanted to keep that out of it hopefully so that way if it got re-injured during the fight, the adrenaline would take over. It was kind of scary, [and] nobody knew about it, there was an injury behind the scenes.

“But Jon is who he is,” he continued. “He’s as tough as they come, and like I said, nobody beats Jon Jones but himself. Once he decides he wants to win a fight, he’s going to win.”

What would your reaction have been if Jon Jones was forced out of his UFC 214 rematch with Daniel Cormier?