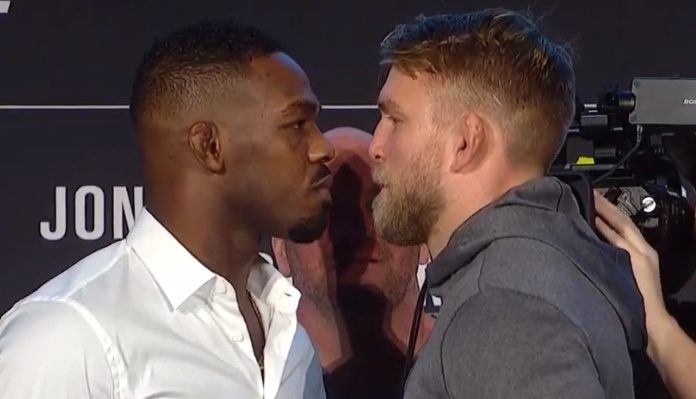 In September of 2013, in the main event of UFC 165, Sweden’s Alexander Gustafsson gave Jon Jones the toughest fight of his career, battling the long-time light heavyweight champion to a razor close decision. While Gustafsson did not leave Toronto with Jones’ belt, many fans felt he should have.

Speaking on a recent episode of the UFC Unfiltered podcast, Jon Jones once again claimed that he was not in the right headspace heading into this first fight with Alexander Gustafsson. In fact, he says he felt like he was about to fight an off-brand version of himself.

“I was getting used to people saying things like, ‘He is a lot like Jon Jones with better hands and better footwork.’ Everybody was saying he was a Swedish version of me,” Jones explained (transcript via MMA Mania).

“In my head, I was thinking he’s tall, has a presence about him, but he is not me. There is only one me, and it was almost an arrogance that I had. I was feeling like I was a product and he was a knockoff version of me.”

For Jon Jones, this first fight with Gustafsson unsurprisingly provided a bit of a tough lesson.

“What he showed me was, hard work can beat talent when talent isn’t working hard,” he said. “And that is such a true thing. I know I wasn’t doing the right things. I was in the heyday of my partying. Now I know what he is capable of and I will treat him as such. I will train for him like it is supposed to be.”

These comments from Jon Jones are not likely to go over well with Alexander Gustafsson. Luckily, the pair will have the chance to answer all of our questions when they rematch for the vacant UFC light heavyweight title in the main event of UFC 232 on December 29.