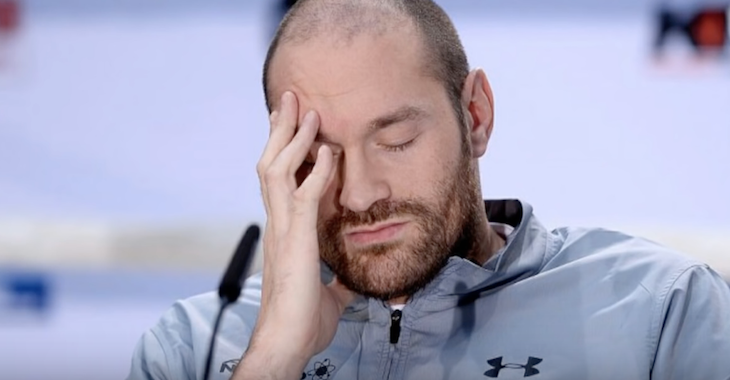 Tyson Fury was a guest on the most recent episode of the Joe Rogan Experience (JRE) and produced one of the most astonishing interviews given by any athlete in quite some time.

Back in February of 2015, Tyson Fury was literally on top of the world. He had just won the unified WBA (Super), IBF, WBO, IBO, Ring magazine and lineal heavyweight titles, this after defeating long-reigning world champion Wladimir Klitschko.

Shortly after realizing his life-long dream of becoming Heavyweight Champion, Tyson Fury told Joe Rogan that he began down an ugly road which included drug addiction and depression.

“When I was an amateur, I used to watch Wladimir Klitschko on TV and he was my target. So when I beat him, that was my Everest. I tried retiring, but it wasn’t enough. I tried golfing, clay pigeon shooting, 4×4-ing, strip clubs but I just had an emptiness inside.”

Fury continued to open up to the long-time UFC commentator Joe Rogan (via JRE).

“I had never taken a drug until I was 27; cocaine was the usual one, cocaine and alcohol. I look back on it now and I think, ‘would I change that?’ But I wouldn’t, I wouldn’t change a thing because I knew it had to happen.”

“I hit the drink, I hit the drugs and I was out all night with the women of the night. I just wanted to die and I wanted to have fun doing it. But when the drink wears off it just leaves you with a bad hangover and even worse depression. 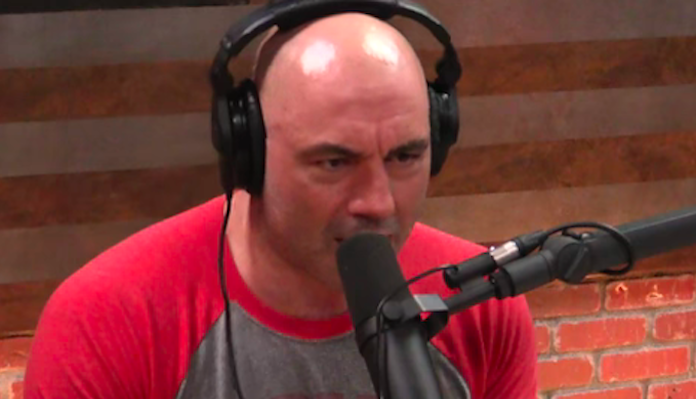 “The Gypsy King” explained to Joe Rogan that he was simply lost.

“When you have a goal in mind from being a child – and you achieve it… I was lost, I didn’t know what to do.”

It was then, at his lowest moment, that Tyson Fury contemplated taking his own life.

“I was in it on the highway and at the bottom, I got the car up to 190mph and heading towards a bridge.” Fury told Joe Rogan on the JRE Podcast. “I didn’t care about nothing, I just wanted to die so bad. I gave up on life but as I was heading to the bridge I heard a voice saying, ‘no don’t do this Tyson; think about your kids, your family, your sons and daughter growing up without a dad.’ Before I turned into the bridge I pulled on to the motorway, I didn’t know what to do, I was shaking, I was so afraid. I said I’d never think about taking my own life again.”

Tyson Fury (27-0) will return to the squared circle on December 1 to challenger Deontay Wilder for the WBC Heavyweight title in Los Angeles.

What did you think of Tyson Fury’s intense and brutally honest interview with Joe Rogan? Sound off PENN Nation!