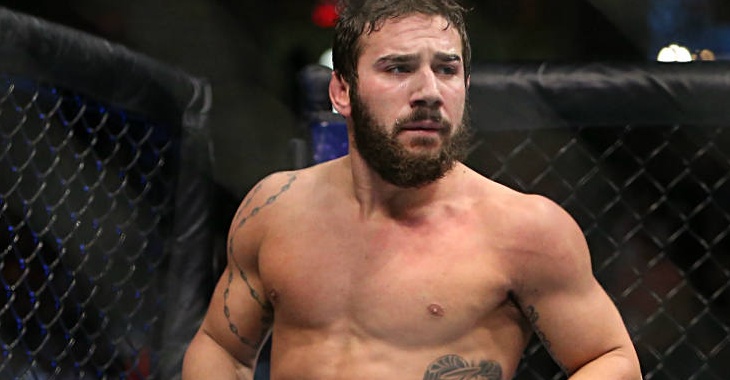 To say the least, it’s been an unfortunate way to end a year if you’re Jimmie Rivera. When everything was all announced, he was supposed to take on the former Bantamweight king, Dominick Cruz at UFC 219. That is until Cruz was forced out with a broken arm, continuing his own bad luck. After that, Rivera found a replacement in a fellow top contender, John Lineker. But…of course, Lineker was forced out of a chance at fighting as well when he had to get an emergency surgery done on a tooth infection. This left Rivera with about a week left to find an opponent for the final UFC event of UFC 219. After the UFC looked through many options in and out of the UFC, Marlon Moraes appeared as the front-runner asking for the fight…but on his terms.

This led to both men going back and forth on social media trying to settle on a weight to fight at. They couldn’t come to an agreement as Moraes says he was at around 165 lbs during that week making it impossible for him to get to 145 lbs which was the highest weight discussed for the potential fight.

Marlon Moraes said he weighed 165 pounds when the fight against Rivera became available at UFC 219. He said he couldn’t even realistically make 145 at that point. #themmahour

But now Rivera is moving on and wants back the fight he was supposed to have in the first place, as he told ESPN.com:

“I started at the bottom and worked my way to the top, I took a lot of fights that people didn’t want, and I won those fights. I don’t ask for much, but I think I’ve proven that I deserve to fight the top contenders like Dominick or the former champion, Cody Garbrandt.”

In regards to the Moraes fight that didn’t come to fruition:

Is Marlon going to get me a title shot? No. There’s no such thing as a guaranteed title shot in the UFC, which I understand. It’s a business. I don’t dwell on that. But I know that a lot of people are going to want to see me fight for a belt if I beat Cruz or Garbrandt. I was supposed to get that fight, let’s stick to that.”

Cruz is on the road to recovery but is getting closer and closer to 100% by the day. He’s been training in Phuket, Thailand recently: