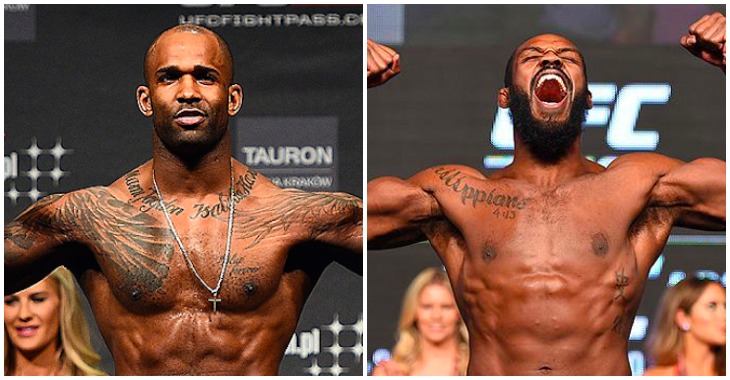 Under normal circumstances, Jimi Manuwa’s back-to-back knockouts of Ovince St. Preux and Corey Anderson probably would have earned him a shot at Daniel Cormier’s UFC light heavyweight title. With the return of former champion Jon Jones towering on the horizon, however, the contendership picture at light heavyweight is far from normal.

Earlier this week, UFC President Dana White confirmed to ESPN that, if the former champion Jones is ready to return in time for UFC 214 on July 29, he will be granted an immediate title shot against Cormier, who he defeated by decision back in January of 2014. The other possibility, of course, is that Jones – who has not fought in more than a year – isn’t ready in time for July 29. In this event, the next title shot will go to Manuwa, and Jones will be given a so-called tuneup fight (we explored that possibility here).

In the opinion of Manuwa, Jones’ taking a tuneup fight is the far more ideal situation. He explained this belief on ESPN’s 5 Rounds Podcast (via MMAMania.com).

“I didn’t want [Jones] to kind of jump in line,” Manuwa said. “I’ve been working hard, knocking people out. I believe I deserve the title shot. He’s the greatest of all time, but he’s been off a year, two years. He needs a warm-up fight and he knows he needs a warm-up fight. It will bother me, but at the end of the day, it won’t determine what I’m going to do. I’ve got options.”

One of the “options” Manuwa speaks of is a potential boxing match with David Haye, who has apparently spoken to the UFC about the possibility.

“We have heard from Manuwa’s management and the UFC, so it is something that we are looking at at the moment,” Haye recently told Express. “Obviously it is a little way off being confirmed, but it is a fight that would unify a lot of the fans from both UFC and boxing and make a mega event.”

What do you think is next for Jimi Manuwa? Sound off, PENN Nation!