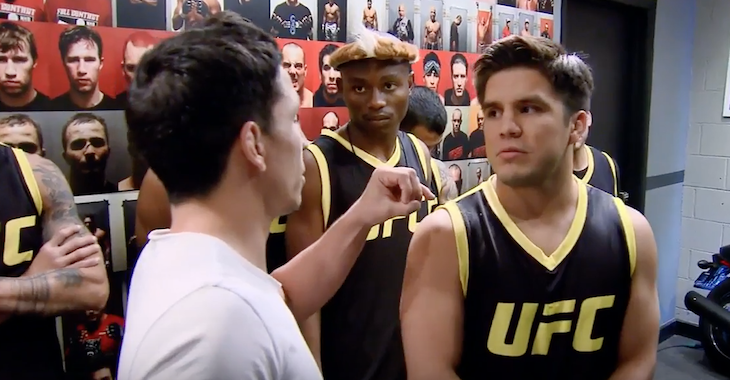 After roasting the champion, Demetrious Johnson earlier today on Twitter, Cejudo continued to detail the recent situation involving him and the champion and even dropped some news of potential future plans for the flyweight division.

And one more thing that’s being discussed. If benevidez gets a win there will be an interim title fight. Here you go mr @arielhelwani https://t.co/fiLZqbZhlR

I was being told DJ overplayed his hand, they asked him to fight in August he said no and now he’s trying to get on again because he knows he can’t sell his own PPV and want to make money off others. Fact. #makeyourownmoney

And one more thing that’s being discussed. If Benavidez gets a win there will be an interim title fight. Here you go Mr @arielhelwani

Cejudo’s manager, Ali Abdelaziz made a claim in February stating that a Johnson vs Cejudo rematch was on for the Summer. This however obviously never ended up getting done and Johnson went under the knife for surgery and hasn’t fought since he broke Anderson Silva’s title defense record at UFC 216 in October by defeating Ray Borg.

Winning two straight since their encounter is Cejudo who references the last man to beat him, Joseph Benavidez who takes on Sergio Pettis at UFC 225 on June 9th.

If an interim title fight does take place after a seventh straight Benavidez victory, it will be the first in the division’s history and a rematch between the division’s most heated rivals.

Benavidez’ fight with Pettis will be his first fight since December 2016 when he defeated Cejudo by split decision. Benavidez was booked to fight sooner than his upcoming fight date but tore his ACL training for a bout with Ben Nguyen.

Now recovered, Benavidez is back and possibly staring at a title fight with a win according to his old nemesis from season 25 of The Ultimate Fighter.