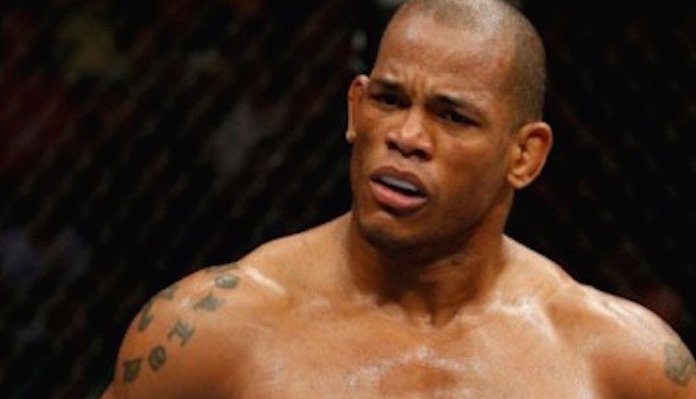 Last weekend, on the undercard of UFC 222, former Bellator middleweight champion Hector Lombard made his latest return to the UFC’s Octagon, this time opposite TUF veteran CB Dollaway.

Regrettably, this fight ended in controversy, as Lombard put Dollaway down with a volley of punches that occurred split seconds after the first round ended. He was disqualified for this perceived foul, which in turn meant a bizarre and surely undesirable DQ win for Dollaway.

Just a tad after the bell by Hector Lombard… #UFC222 pic.twitter.com/xfJT0FlgTo

In the wake of this unfortunate twist, Lombard protested his DQ loss, arguing that the punches he threw were simply a reflexive response to a kick thrown by Dollaway, and that it was on referee Mark Smith to separate them when the round ended.

“It was in action,” Lombard told MMAJunkie backstage at UFC 222. “You know, we’re exchanging. He threw a kick, and I’m coming back. You’re in the fight. If the referee doesn’t get in and say [stop], but if you’re in action and you throw a kick, I follow through with one-two. … The referee didn’t step in and say anything.”

In the opinion of veteran referee “Big” John McCarthy, who is one of the most respected voices when it comes to officiating, there might actually be some merit to Lombard’s argument. Speaking to MMAFighting, McCarthy explained that, in practice, the referee should use an outstretched arm to separate two fighters at the end of a round. Yelling “time,” alone was not enough.”

“[My arm] shoots in between both fighters and I say, ‘Time!’” McCarthy said. “Because I know as my arm goes straight, as soon as it is straight everything that passes it is late. So, I don’t have to guess. I don’t have to go back to an instant replay. I don’t have to do any of that. It’s clear that if my arm comes in between them and something passes it, that’s late. If my arm is bent as it’s coming and it goes past it, it’s good.”

What did you think of Hector Lombard’s DQ loss to CB Dollaway?