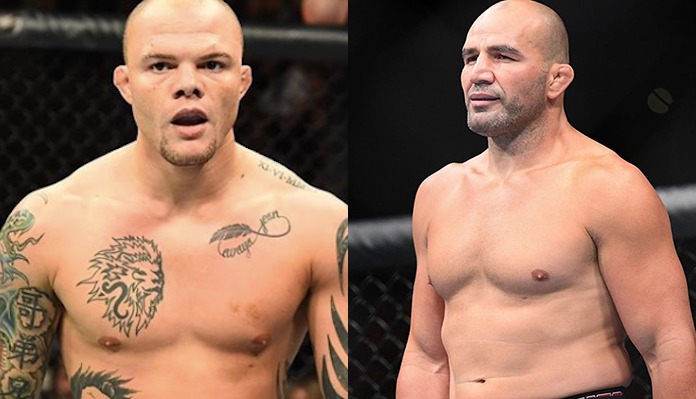 Smith (33-14 MMA) was returning to action for the first time since UFC Stockholm in June of 2019, where he defeated hometown favorite Alexander Gustafsson. Prior to that victory, ‘Lionheart’ was coming off a unanimous decision loss to reigning light heavyweight kingpin Jon Jones.

As for Anthony Smith’s opponent Glover Teixeira (30-7 MMA), the Brazilian entered tonight’s headliner on a three-fight win streak, his latest being a split decision victory over Nikita Krylov. Prior to defeating the Russian standout, Glover had scored back-to-back submission victories over opponents Karl Roberson and Ion Cutelaba.

Tonight’s UFC Jacksonville headliner proved to be a….

Check out how the pros reacted to Teixeira defeating Smith below:

Anthony or Glover? : I have Smith winning thinking he’s made proper adjustments since his fight with JJ. But Texeira is always dangerous. “Keep them hands up AS.” #UFCJAX

I believe the high level MMA grappling of Teixeira is his clear key to victory. On the ground, he’s a monster, but has great boxing fundamentals, but I think Smith is faster, has diversity in attacks, and his chin is more durable than Teixeira. #UFCJAX #TheWeeklyScraps

I gotta say it’s pretty cool knowing all the guys fighting. @gloverteixeira and @lionheartasmith are both beasts. Good luck guys

Smith came out hit. But, Glover is adjusting well. And he finished off well in that 1st round. Great fight! #UFCJAX

Glover is coming back strong

Jus gettin beat up and is ok with it!?

Wow. What a performance by glover. #UFCJAX

Was starting to wonder if Anthony was going to last until the championship rounds. Glad he answered the bell

Glover seems so determined to get the submission! #UFCJAX

It seems like almost everyone who trash talk me during their fight week ends up losing. These boys thinking about being the champ instead of focusing on what it takes to get there. https://t.co/8LlrPgyHhf

What a fight !! Those hammer fists !!

Who would you like to see Glover Teixeira fight next following his TKO victory over Anthony Smith at tonight’s UFC event in Florida? Share your thoughts in the comments section PENN Nation!