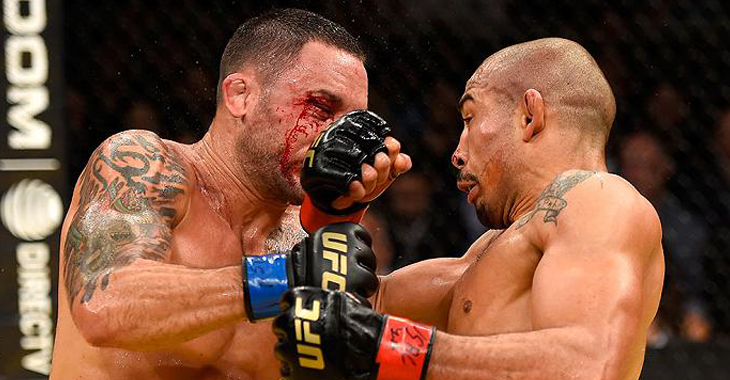 At UFC 200, history once again repeated itself as Aldo picked up another unanimous decision win, using his range to pick Edgar apart and stuff his takedown attempts.

During an interview with Fox Sports, Edgar reflected on the loss, saying:

“I just didn’t make the proper adjustments. Everything we worked on in camp, I thought I did well. I came forward, I brought pressure, I avoided the jab, I avoided the leg kicks, but he was just kind of playing smarter than me. That’s how I’ll say it. I was there kind of looking to throw, looking to fight and he was looking to move and avoid me,”

“I feel like I should have recognized that and I didn’t. I was kind of stuck on what we worked on in camp, which isn’t a bad thing, but sometimes you have to make those adjustments in the middle of the fight and I feel that’s something I do really well. So I’m disappointed that I was a little stubborn in this fight and didn’t change my attack.”

“I think he was playing a game and it’s smart on him,” Edgar said. “I don’t really talk down on point fighters. We go in there to get our hand raised and he got his hand raised so I can’t be mad at him for that. I should have recognized that though.” This Saturday in New York, Edgar will be looking to return to the win column as he steps into the Octagon against #7 ranked featherweight Jeremy ‘Lil Heathen’ Stephens.