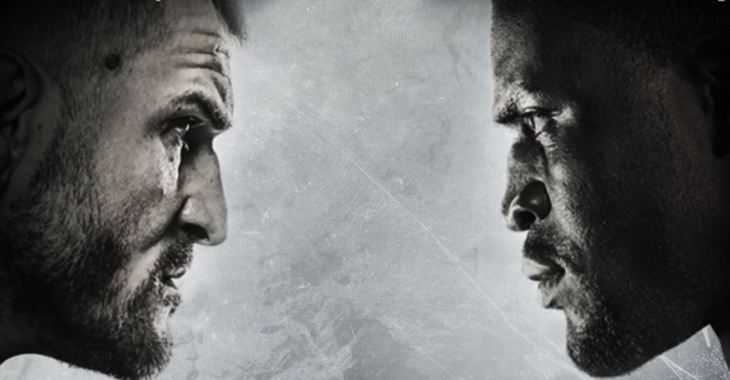 Much like Volkan Oezdemir before him, the challenger Francis Ngannou came out extremely aggressive. And much like Daniel Cormier before him, Miocic weathered the storm, defended intelligently, and picked his shots. Once he’d survived his challenger’s initial barrage, Miocic began to land, and even seemed to wobble his challenger on several occasions. Despite several scares, however, champion and challenger survived to the second.

The champ is in great form tonight! #UFC220 pic.twitter.com/CPkya7PWtI

The second began with Ngannou looking visibly gassed. Though he attempted to regain some energy with a more measured approach, Miocic gave him no room to breath, blasting him with heavy artillery, and eventually, landing a massive takedown. Though Ngannou once again survived to the intermission, it was close, as Miocic seemed to have him in a deep rear-naked choke as the round ended.

Ngannou was no less tired as the third began. That said, he managed to shrug off the champion’s first takedown attempt, winding up instead with his back to the cage. From there, Miocic continued to control his foe in another gruelling tie-up. Eventually, the pair broke, and returned to the center of the Octagon. It was in this position that Ngannou landed his best punch of the fight, cracking the champ with a blistering left hand. Unfortunately for him, Miocic responded in the best way possible, unleashing another massive takedown to drag the fight back to the mat, where he closed out the round with yet another barrage of ground-and-pound.

The champ controlling the round #UFC220 pic.twitter.com/tvWGtsJmoN

The fourth began with Stipe Miocic once again completing a takedown. From there, he climbed into side control, and immediately began to have his way with a bewildered Ngannou. Though he had a brief opportunity to get back up, it seemed that the challenger didn’t even have the energy to stand. And so Miocic’s storm of ground-and-pound continued. The champ rode out the remainder of the round in dominant form.

Against all odds, both heavyweights were still standing at the beginning of the fifth round. Once again, it didn’t take long for Miocic to shoot for a takedown. Amazingly, however, Ngannou shrugged off his attempt, which led to yet another tie-up against the cage. From there, Ngannou briefly looked for a guillotine. Miocic denied this attempt, which led to a referee separation and a return to the center. From there, Miocic played is safe, picked his shots, stayed away from his exhausted foe’s ever-present power, and survived to the final bell with another round in the books. Who would have thought this once would go the full five.

As expected, all three judges scored this one for the champ, who can now call himself the most dominant heavyweight champion in UFC history.

Who do you want to see Stipe Miocic and Francis Ngannou fight next?