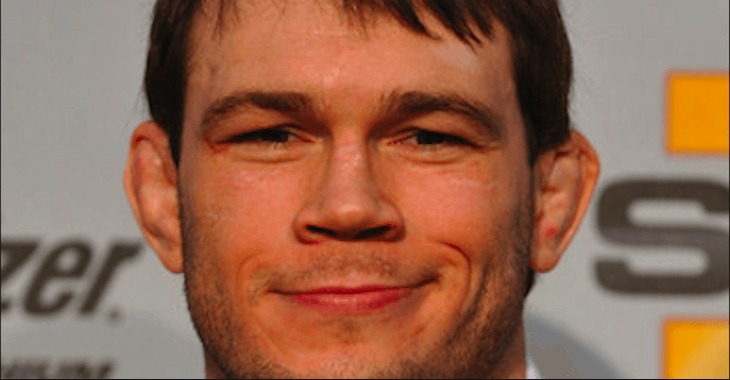 Forrest Griffin is one of the most beloved fighters in UFC history. As such, the all-heart former UFC light heavyweight champion receives plenty of fan mail – even years after his retirement from competition.

That said, not all of the mail Griffin receives is… positive.

On Wednesday morning, Griffin took to social media to share a letter he received from a fan. The letter itself certainly seemed candid.

“Dear Forrest,” the letter began. “I wanna start by saying you’re my favorite UFC fighter of all time. I loved your whole career, starting with the war with you and Stephan [Bonnar] with you winning The Ultimate Fighter. That was so cool. That fight had me hooked. I loved seeing your wins versus “Shogun” [Rua] and Tito [Ortiz] and “Rampage” Jackson to win the world championship. That was so memorable, I loved your heart…”

Unfortunately, Griffin’s post shows that this piece of fan mail also included a rather unsavory piece of memorabilia, which we can surmise the fan wanted Griffin to sign: a UFC trading card showing arguably the worst moment of Griffin’s career, his lopsided knockout loss to Anderson Silva.

“Kids today don’t give a fuck, I love it!” Griffin said of this post. “Got fan mail to sign, nice card.”

Forrest Griffin has not fought since July of 2012, when he defeated one of his fiercest rivals, Tito Ortiz, in the final fight of his mixed martial arts career. In 2008, Griffin reached the pinnacle of his career, defeating Quinton “Rampage” Jackson in a Fight of the Night battle to capture the UFC light heavyweight title. Unfortunately for Griffin and his fans – his real fans, that is – he lost the title in his first defense, succumbing to third-round Rashad Evans punches.

What do you think of this “fan” mail that Forrest Griffin received?