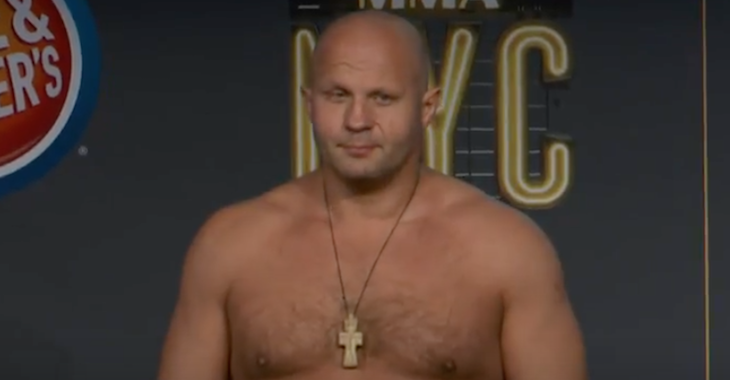 The loss, which came following some viscous ground and pound from Mitrione, was proceeded by a wild double knockdown after both men landed heavy right hands simultaneously.

Check out the double knockdown below:

This close to a Double KO in the Mitrione-Fedor fight.pic.twitter.com/0r2J4eEj8n

During last night’s Bellator NYC post-fight press conference, “The Last Emperor” stated that he plans to keep fighting despite the setback.

“I want to keep fighting.” – Fedor

Prior to his fight with Mitrione, Fedor had strung together five-straight wins which included three stoppage victories.

Who would you like to see Fedor Emelianenko fight in his next performance under the Bellator banner? Sound off PENN Nation!