Late last week, it was reported that Bellator MMA was working on a heavyweight showdown between Fedor Emelianenko and UFC veteran Matt Mitrione. The fight is allegedly being targeted for sometime in early 2017.

On Monday, however, Fedor took to his official Instagram account to caution his fans. In his post, he assured that, at the moment, he has not signed a contract to fight anyone in any organization.

“We are now negotiating my next fight, but the contract is not signed with any organization. Before the official announcement, all information about the negotiations are confidential and neither party can not disclose it. As long as I’ve been training as usual, has not yet started to prepare the specific opponent. Today, many people use the lack of information about my next fight for their own purposes.”

Fedor’s rumored bout with Mitrione, then, is clearly not a done deal. 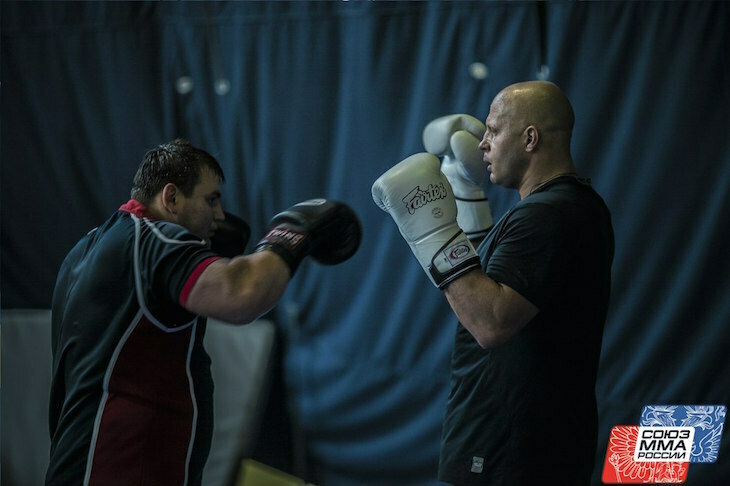 In his post, Fedor also addressed recent rumors of a possible bout with former UFC interim heavyweight champion Shane Carwin. These rumors stemmed from a Carwin Tweet which suggested he’d agreed to the bout, though we know the hulking heavyweight’s next fight will occur in Rizin’s epic openweight Grand Prix.

“We were not and are not conducting negotiations for a fight with the company Rizin,” Fedor explained. “Therefore, the information regarding Shane Carwin’s acceptance to meet me in the ring is surprising for me. No proposals from the Japanese promotion arrived to me. In the near future we will announce the date of my fight from official sources.”

Since announcing the end of his retirement in mid-2015, Emelianenko has gone 2-0. In the first fight of his comeback, he thrashed an overmatched Jaideep Singh to a first-round TKO. In his next bout, Emelianenko took a razor-thin decision win from light heavyweight veteran Fabio Maldonado. Though the World MMA Association attempted to overturn this result and rule the fight a draw, this move was not accepted by the Russian MMA Union, who oversaw the bout.

Who do you want to see Fedor Emelianenko fight next? Sound off, PENN Nation!