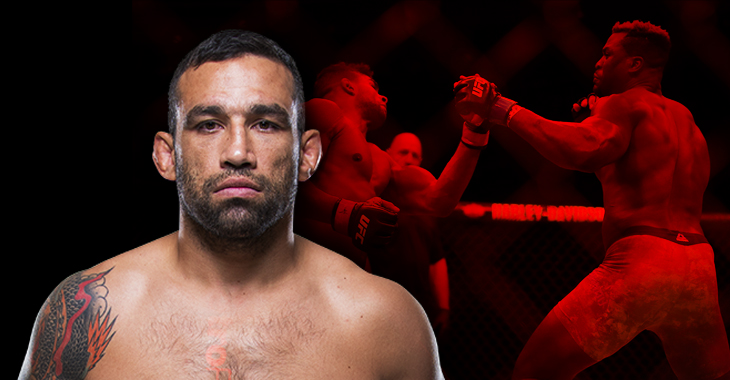 He did it. Francis Ngannou held all of his hype on his shoulders and knocked out Alistair Overeem. Still, the people say what’s next? Stipe Miocic is what is next. Ngannou is one of the quickest catapults to the #1 contender in UFC history, allowing him to challenge Miocic for the UFC heavyweight title. Meanwhile, Fabricio Werdum looms just around the corner. He predicts that the rising heavyweight will indeed capture the title, only to lose it to him in his next fight.

“[Francis] Ngannou has a lot of power, but I don’t think he’s very technical. However, I still believe he’ll surprise [Stipe] Miocic and knock him out. They both enjoy trading shots, so if Miocic doesn’t have the right strategy, that big black guy will knock him out. Ngannou is very confident and that can make a difference, if he really connects, you’re going down, as we saw with [Alistair] Overeem. I can already see myself submitting [Ngannou], though, and becoming champion again. That’s my goal, to have a third belt on my wall and I really do believe it’ll happen. I’m sure I’m next. I’ll be waiting for him in April or so.”

“I’ll wait [on the title fight]. I had two possibilities: to make a fight before, no matter who it is, or wait. As they will fight already in January, I prefer to wait What I did not want to do is stay in for a long time without a fight. Imagine if Stipe Miocic fights with Francis there in April, June or July, I do not know … Then I would have to wait for the guys to fight and then wait until I have a date to fight the winner. So, I thought the fight was good now, because I wait a little bit and, I imagine, it marks our fight in April or May. If Stipe Miocic wins, it would take him a little while to fight, but if Francis wins, I think he would fight then because he is very willing, wants to show service, he trusts his strength and he is very strong”. Fabricio Werdum speaking to Portal do Vale Tudo.

This is how this fight game works. Even if Francis Ngannou manages to do the same thing to Stipe Miocic as he did to Alistair Overeem, there is no time to take a breath. Fabricio Werdum or another contender will fall into the next slot and Ngannou will have to once again test his terrifying power. So far, his grappling prowess hasn’t been proven. However, he hasn’t needed too so far aside from his brute strength submission over Anthony Hamilton. Werdum will look to exploit this area if the two ever clash, but he’ll have to avoid those crushing hands to get it to the ground.