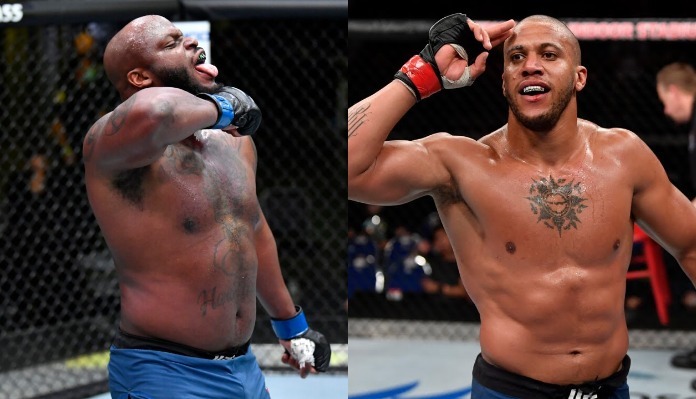 In the main event of UFC 265, the interim heavyweight title is up for grabs as Derrick Lewis takes on Ciryl Gane. Ahead of the fight, Gane is a -380 favorite while “The Black Beast” is a +290 underdog.

Ahead of the fight, BJPENN.com reached out to several pro fighters to get their prediction for the scrap. The majority of the pros believe it will be Gane being too technical for Lewis and winning a decision. However, they all still think Lewis is a live dog as he only needs to land one punch.

Vicente Luque, UFC welterweight: That fight, man, it’s going to be a good one and I think Lewis will KO Gane in the second to become the interim champ.

Alonzo Menifield, UFC light heavyweight: Derrick Lewis by KO. That’s the only way he can win, but I think he catches Gane.

Mario Bautista, UFC bantamweight: That is a tough one. Gane has been looking but I have to go with Lewis with that one. He’ll get the KO in the second or third.

Brandon Royval, UFC flyweight: I think Gane. He is more technical but Lewis has the eraser where he only needs one, I keep going back-and-forth on it but I’ll say, Gane.

Ode Osbourne, UFC flyweight: That is a tough one. I’m going to say Gane because I think he is more well-rounded but Derrick Lewis only needs to land one.

Jerome Rivera, UFC flyweight: I really like that one. Ciryl Gane is super technical and Lewis will just wait for that power shot that won’t come. I see Gane just outpointing him for five rounds to win a decision.

Who do you think wins the UFC 265 main event between Derrick Lewis and Ciryl Gane?