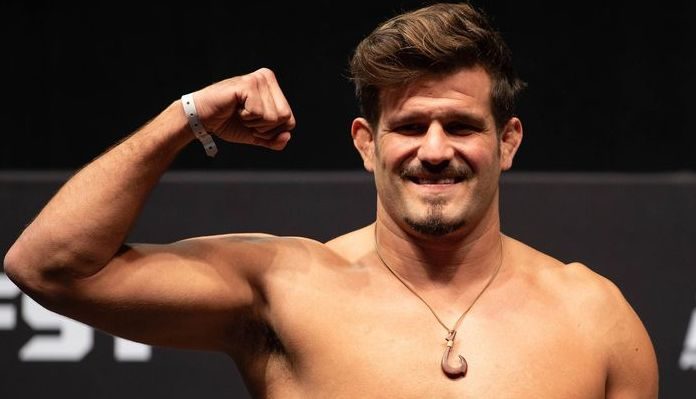 Juan Espino is back.

The 39-year-old, Espino has not fought since he won The Ultimate Fighter 28 back in November of 2018. Since then, many were eager to see how the heavyweight would do inside the Octagon given his wrestling and jiu-jitsu background.

Yet, after TUF was over, Espino dealt with several injuries and could not return to the Octagon until this Saturday at UFC 253 when he battles Jeff Hughes.

For Espino, he says the two years off has actually been a blessing in disguise as he was able to heal up nagging injuries and improve his all-around game.

“I have been looking forward to it. It has been a hard time as it has been almost two years without fighting,” Espino said to BJPENN.com. “I have not lost the form and much less the desire to compete. I have new methods, I have also improved my game and all this period makes me be stronger mentally.”

Entering the fight, Juan Espino isn’t worried about ring rust as he plans to remind fans just how good he is by beating Jeff Hughes.

“A dream fight in UFC for me as it makes me very happy to compete in such a big event. I will help me to recover the presence I had when I won TUF 28,” Espino explained. “It’s someone similar to me, has been fighting time and with great desires to win. I have great respect for it. I think it will be an entertaining fight. Good striker vs good wresler.”

Now finally healthy, Espino is glad to be able to fight in the UFC. He also expects to make a quick climb up the heavyweight division and fight as often as possible now that his injuries are healed.

“If everything goes well I want to fight in December. I hope I do not have injuries and win the fight,” the Spainard concluded.

Do you think Juan Espino will beat Jeff Hughes at UFC 253?