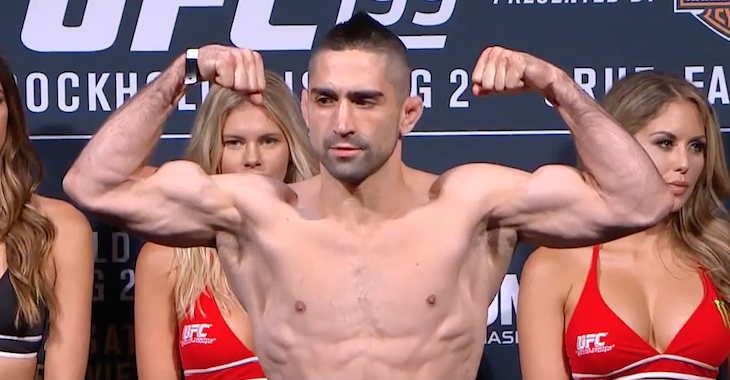 Earlier this year, ‘The Korean Zombie’ Chan Sung Jung returned to the Octagon following a nearly four year layoff which saw him serve mandatory military service to South Korea and take time away from the Octagon. In his return fight to the Octagon, Jung faced streaking contender Dennis Bermudez in Houston, Texas. Despite being rocked early, Jung fought back to pick up a 1st round KO win, knocking Bermudez out cold with a perfectly placed uppercut. This week, nearly a month following his win over Bermudez, Jung’s manager revealed in an exclusive statement that The Korean Zombie was looking for a fight with fellow top ranked featherweight contender Ricardo Lamas.

Lamas spoke to BJPenn.com to respond to Jung’s desire for a fight, saying:

“Be careful what you ask for. He’s not gonna tell me when to fight him. If he wants this fight, then he can step up and fight me in May or June. I’m not waiting till august or September to fight again.”

Lamas is coming off a big win over JiuJitsu ace Charles Oliveira last year at ‘The Ultimate Fighter: Latin America 3’ finale, where he submitted ‘Do Bronx’ in the 2nd round to earn himself a ‘Performance of the Night’ bonus. Prior to that, Lamas dropped a unanimous decision to Max Holloway at UFC 199 in a thrilling fight that showed incredible toughness from both men. No word back yet from The Korean Zombie, however the fan-favorite fighter recently found himself called out on social media by fellow heavy-handed featherweight Jeremy Stephens, who was looking for an April fight with the South Korean superstar.

With plenty of potential opponents likely looking for a fight with The Korean Zombie, how does a potential Jung vs. Lamas fight sound PENN Nation? Give us your thoughts in the comments section below!