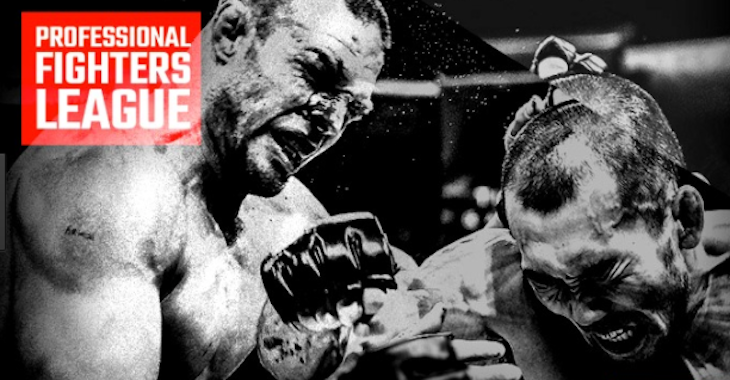 Earlier this year, we learned that the well-established MMA promotion World Series of Fighting was being rebranded as the Professional Fighters League (PFL). This rebranded organization will seek to revolutionize the MMA landscape by providing fighters with salaries, using tournaments to ensure title shots, and awarding tournament winners with a whopping million dollars. On the latest episode of BJ Penn Radio, kickboxing legend and PFL boss Ray Sefo joined host Kinch to discuss this new initiative.

“The team and I sat down, and the name was developed, and everybody agreed it was a good name, and it was that time” Sefo said of the rebranding process. “Change is always good. As long as it’s positive, it’s always good. Obviously the format, it makes it a professional fighters league where everybody has an opportunity to step up and fight regularly. Let me back up a little bit. Running a promotion, one of the things that you hear the most is that fighters are not active enough. The Professional Fighter’s League is going to provide that missing link in terms of fighters being active. Obviously for us, in 2018, it’s going to be 12 fighters per division. That’s going to change in 2019, it’s going to be 16 fighters per division moving forward. But the league is going to provide a lot of different things that fighters complain about [not getting]. Not fighting enough, not fighting for a world title, and not making enough money. The professional fighters league is going to provide all that and more. The team and I are very happy with the structure and the way we put it together.”

Sefo then explained that the PFL format is not exactly new, but that it draws on a similar format used by beloved kickboxing promotion K-1.

“Listen, I’m a product of this format,” he said. “K-1 was exactly the same, with a few little changes. But it was a similar format and it worked. There’s going to be a lot of doubters out there, that’s fine, they’re still going to tune in and watch. But the bottom line is, if you’re a doubter, just go back to K-1. K-1 became the biggest kickboxing promotion in the history of kickboxing. I remember talking to Maurice Smith about 10 years ago, and he said he was one of those guys that said that  [the format] would never work, when he was contracted to Pancrase. I’m not sure if it was Pancrase or somewhere else, wherever he was fighting. But two years down the line, K-1 was the biggest thing in the history of kickboxing. K-1 was shown in 130 countries around the world. I got to Europe for the first time, and I’m getting mobbed in Croatia, Bulgaria, Hungary, Romania, Germany, Holland, it didn’t matter. Everyone knew who we were because K-1 was on television there like twice a week. So the format works. Professional fighters league is that and more.”

“The fighters are going to get their show money, their win money,” he continued. “On top of that, there’s going to be a monthly stipend between January and August. It’s a fighter’s dream.”

How do you think the PFL will do under the guidance of Ray Sefo? Is this the next big thing for MMA?