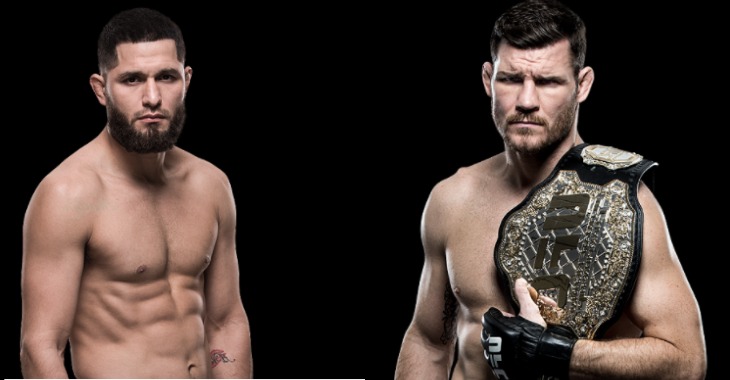 On Wednesday’s edition of BJ Penn Radio, Masvidal explained that this beef was a bit overblown, but that he does have a hard time respecting the middleweight champ. He also said that he’d have no problem getting physical with Bisping if he ever felt he was being disrespected in person.

“That ain’t no beef” he said. “He ain’t got no access to guns or killers or nothing like that. It’s not beef, it’s just a small quarrel with words.”

“He could be a heavyweight, I’ll never respect a dude like that,” Masvidal continued. “I get it, you want to get the big money fights – everybody does. But the way he goes about the business and stuff. He’s always said he didn’t want to fight Yoel [Romero. Before it was because of the steroid [allegations], then the whole [St-Pierre] thing came up, then I saw another comment that he’d rather fight [Robert] Whittaker than Yoel. I just think the dude is a fraud, man. And I think Dan Henderson beat his ass clearly. He should give that man his props and say ‘I got my ass whooped, thank God that fight was in England and I got the decision,’ you know? As a man and a fighter, I don’t think much of him. He has a decent skillset, but as a man, that’s not a dude I would put in the conversation of men, of fighters, of somebody who is game.”

What do you make of this issue between Jorge Masvidal and Michael Bisping?