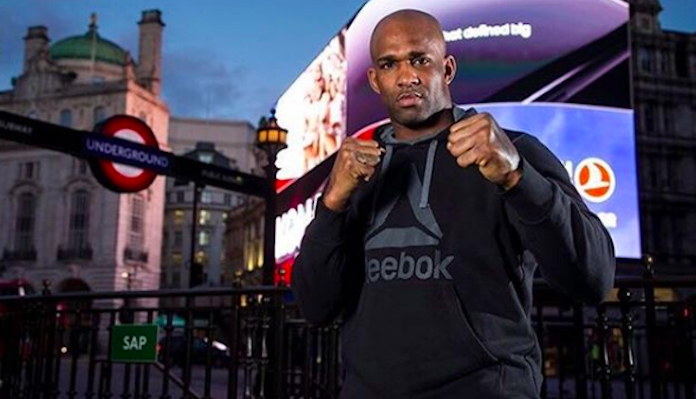 Much of Cormier’s time in the heavyweight division has been consumed by a rivalry with Stipe Miocic. The pair are tied 1-1 across two previous title fights, with Cormier winning the first encounter by first-round knockout, and Miocic winning the rematch, which occurred at UFC 241 in August, by fourth-round TKO.

Manuwa has watched both of these fights, and will most definitely be tuning in when Cormier and Miocic fight for a third and final time next year. While he is complimentary of both men, he believes Miocic will probably come out of this rivalry on top.

“It was a competitive fight, the second one,” Manuwa told BJPENN.com when asked for his prediction for Miocic and Cormier’s trilogy fight. “You know what, I kind of see [the third fight] going the same way. Stipe had good defense in the early rounds, then he started landing his shots mid-way through the fight, then he finally caught him.

“I think that’s the first time [Cormier] has been knocked down with punches and that, so I see it going the same way [in the trilogy].”

While Manuwa is leaning toward Miocic in this anticipated trilogy fight, he believes Cormier could find success if he relies more heavily on his world-class wrestling skill.

“Unless Cormier uses his wrestling, which he should have done in the first fight,” he clarified. “He’s got to use his wrestling in that fight.”

What do you think of this assessment from Jimi Manuwa? Who do you think will come out on top when Daniel Cormier and Stipe Miocic fight for a third and final time in the new year?