Alvarez’s most recent octagon appearance came at UFC 205 in New York where he lost his UFC lightweight title to Conor McGregor via second-round TKO.

Eddie recently joined Chris Taylor on BJPENN.com’s Rapid Fire segment where he reflected on his title loss to the Irishman.

Taylor asked Eddie when looking back now, almost six months removed, if he had any regrets concerning his UFC 205 fight with the Irishman.

“You know, I think I spent too much time trying to make sense of that whole thing. If I learned anything it was like not to waste so much time trying to make sense of things. Sometimes shit just happens and you have to roll with it. My preparation, I take this sport very serious, so I rarely ever say that I could have done this better or could have done that better. I am the type of person, I take this very serious and I have put my life in to it and always have. So I don’t have any regrets as in ‘Oh I should have trained this or I should have trained that’. I wasn’t as focused as I should have been. I took a shot and ended up losing the fight. It is as simple as that. I don’t want to make it anything difficult or more confusing for myself or anyone else. I lost. I lost the fight. I’ve lost fights in the past. But I have never lost two in a row. Ever. And I never will! When I make a mistake it angers me and it gets me disppointed enough to the point where I put on a serious performance the next time around. So that is where I am at right now. Im frustrated with the way I fought last time out, so now this opponent will have to pay.” 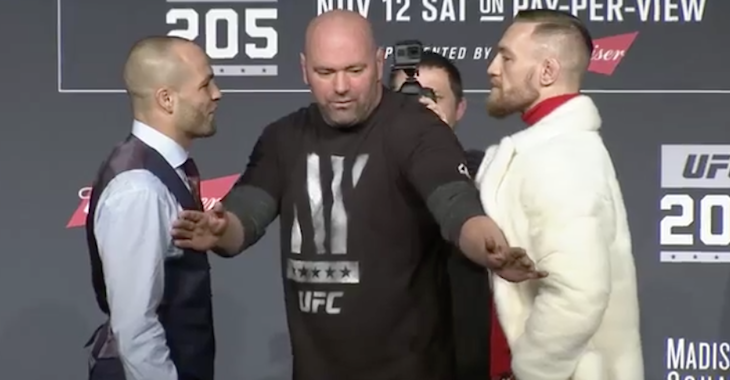 “I have respect for all my opponets. But my feelings on stage before a fight with someone are very different. This guy beleives he can beat me and that makes me uneasy. That makes me very uneasy genuinely. The fact that he feels that he can win against me makes me uneasy. It never makes me feel good around him. When I look him in the face and I see that he thinks he can kick my ass, well let’s just say I have a very different belief. So yea we are not going to be the best of friends. But until we figure out who’s belief is right, it is just a very hostile territory. Like I say it is very uneasy. So the feelings then are genuine. And then they are genuine again when the fight is over. There is never any put on or any real fakeness. I have respect for all my opponents. But until we get in their are beliefs of course are very different. They say to never argue over politics and religion. Well you should never argue over who can kicks who’s ass either.”

Eddie is looking to make a statement when he returns to the octagon against Dustin Poirier at UFC 211 on May 13 in Dallas, Texas.

“My intention is not just to go out there and win. If I just win I will be disappointed. If go out there and earn a decision I will disappointed. I need to do it in a fashion that I have been training for. I have been sparring and competing at a certain level of intensity so that I can go out there and not only dominate but finish my opponnet. You know, I think that when I came in to the UFC I was so fixated on just winning that it ended up being all I was doing. I was just winning. I wasn’t fighting like myself. I wasn’t taking the proper risks that I should be taking. It was really kind of holding me back. So now, against Dustin, I definitely won’t be happy if I just win. I need to get this done in a way that sends a statement. So that is exactly what I am planning for.”

Do you think we will see Eddie Alvarez return to form against Dustin Poirier at UFC 211 on May 13 in Dallas? Sound off PENN Nation!

This article appeared first on BJPENN.COM
Previous articleRory MacDonald doesn’t believe it will be “a bad thing” if his fight with Paul Daley stays standing
Next articleYair Rodriguez believes that “disrespectful” Frankie Edgar is the toughest fight in the featherweight division
© Newspaper WordPress Theme by TagDiv