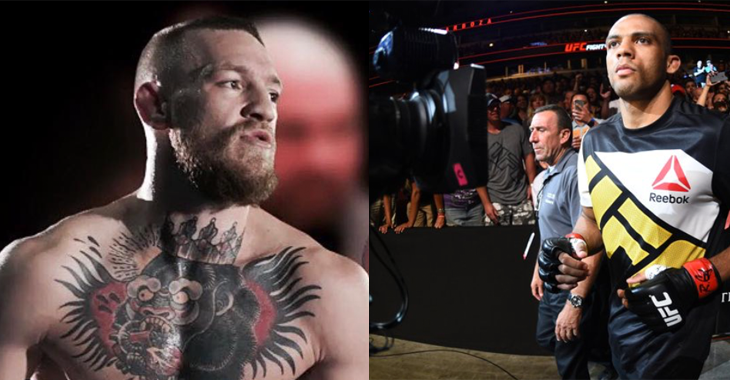 With McGregor set to fight Floyd Mayweather in a big money boxing fight on August 26, Barboza and the rest of the lightweight division contenders looking for a shot at the belt are stuck waiting around for McGregor to return to the Octagon.

“Conor stays out for a long time, I don’t think he worries about the UFC, don’t worry about the division. He [doesn’t] respect us and the UFC don’t get his belt,” Barboza said recently on the Fight Society podcast (transcribed by MMA Weekly for Yahoo! Sports). “I really don’t understand why the UFC got the belt from [Germaine de Randamie] and why the UFC [doesn’t] get the belt from Conor? Take the belt [from] Conor, I really don’t understand.

“I think this belt in the UFC, Conor’s not a real champ.”

Barboza went on to make it clear his intentions of becoming a UFC champion while “The Notorious” will not even be in the same sport for his next competition.

Do you think Conor McGregor should have had to relinquish his UFC lightweight title with going over to the sport of boxing for his next fight? Let’s discuss this topic of debate in the comment section!