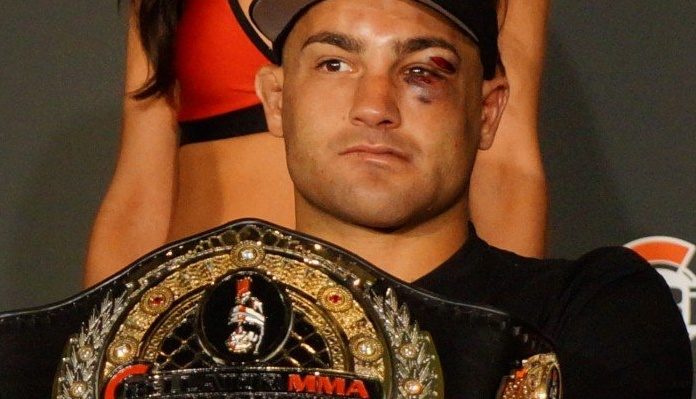 When one chapter closes another begins. And it may be that time again for one of the lightweight division’s all-time greats.

‘The Underground King’ Eddie Alvarez just recently fought out of his contract in the second of two wars with Dustin Poirier.

In this rematch that headlined UFC on Fox 30 in Calgary, Alvarez came out on the losing side of things after their controversial first encounter.

The former UFC and Bellator champion now finds himself exploring his options. One of which could very well be his old home where he made his loudest noise prior to coming to the UFC.

Bellator president Scott Coker expressed his interest in bringing Alvarez back to Bellator when speaking on the MMA Hour.

“I don’t think we’ve talked to Eddie, but listen, if he wants to reach out and have a conversation and he’s truly a free agent and we’re not interfering in anybody’s contract, we would love to talk to him. I think the guy has done a lot of good work in building his brand here in the U.S.

Obviously, he’s had some great fights with Michael Chandler here in the past. We want to talk to every free agent out there that’s a big star, and I think Eddie is still a big star.”

A lot has changed since Alvarez was last in Bellator and probably the biggest change was the change in presidents.

When Alvarez was Bellator’s biggest fish in 2013, the man at the helm was Bjorn Rebney. Coker has since taken over and brought the organization to new heights.

And if he could manage to bring Alvarez back, it wouldn’t be the first UFC stand-outs he would have corraled lately as seen with Rory MacDonald, Gegard Mousasi, and Lyoto Machida.

“There’s somebody here, there’s somebody there. It’s not like there’s hundreds or even 10s and 20s of [star] athletes [in free agency].” Coker continued, “It’s more of, there’s a big star here or a big star here or a medium star there. But they’re out there and we’ve been plucking them away one by one. And we’re gonna keep shopping and we’re gonna keep growing this roster.

This roster looks nothing like it did four years ago. It’s a much different fight roster than we had. It’s something we’re proud of and it’s not easy to do. But I think we’ve got a good handle on it.”

Always entertaining where ever he fights, Alvarez will surely do what’s best for his career at this stage.