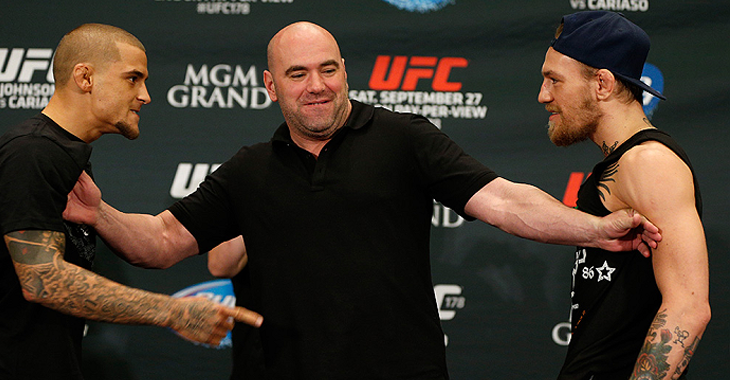 Dustin Poirier has found a new home in the stacked UFC lightweight division after falling to defeat to the current UFC featherweight champion Conor McGregor back in 2014.

Poirier has found success in the lightweight division and hasn’t tasted defeat since his bout with McGregor and says that his fight with “The Notorious” helped him grow.

“I’ve always been an emotional fighter and that emotion fueled a lot of my early performances,” Poirier told FloCombat. “I would get angry because I’m about to step in there and go toe-to-toe with someone who is trying to hurt me just like I intend to hurt them, and that energy shifts gears into that kill or be killed mindset.

“I always saw it as a plus but the Conor [McGregor] fight was the turning point. I remember I was backstage getting ready to walk out and I saw him and he threw this smile and pointed at me. I don’t know why but it really got to me, man. It really messed with my head. I mean I’m about to go out and fight this dude and he’s back there smiling at me? After that fight I knew I had to find a different way to use my emotion.”

Poirier used his last fight with Bobby Green to explain how his mentality changed for the better.

“Bobby is known for talking a ton of sh** both in and out of the cage,” Poirier says. “The old me would have been raging to get my hands on him and would have fallen right into his game because f*** it, I’m there to fight. I’ve learned to be patient, man, and have realized that patience is one of my greatest strengths. I’m so comfortable in the fight, and I realize that’s probably not normal, but that chaos feels like home to me.”