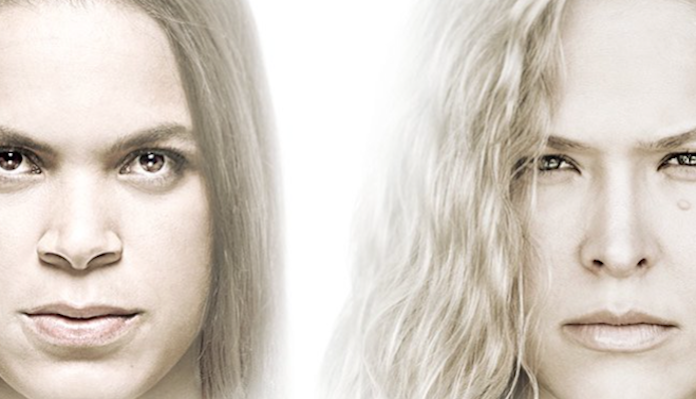 Let me begin this article by stating that had it not been for the UFC Official pre-fight trailers and docu style episodes of UFC Embedded, it is unlikely that I would have become so invested in not only the UFC, but in turn, mixed martial arts.

It seems inconceivable to me now, but before October 2016, I had never watched an MMA fight. Ronda Rousey was a name that while familiar, held no real meaning for me, and to the best of my knowledge, Dana White was a woman.

That all changed drastically when by chance, I stumbled upon the UFC 207 promo video for Rousey V Nunes.

At a time in my life when sh*t had really hit the fan, the depiction of Rousey’s steely determination in preparation for her comeback, following her defeat to Holly Holm, was a great source of motivation.

From that moment on I was hooked.

On my lunch break, I would pour over various post fight press conferences, both old and new, whilst making my way through the archives of the UFC’s Embedded series and any highlights I could access of the fights that followed.

The detailing of the anticipation of the pre-fight build up, the well kitted out training facilities, the polished techniques at the open workouts…

In hindsight I can see how sanitised it all was.

And so, when it was announced that MMA Promotion Cage Warriors were coming to Dublin in March of 2017, I decided to book two tickets.

This was to be the first time that I would ever witness a fight without it being accompanied by a week of professionally produced film footage laced with cinematic audio.

Looking back on it now, this was pure and simple, raw MMA, featuring relatively unknown yet undoubtedly talented fighters.

Yet one hour into the prelims, I was feeling uncomfortable.

Sitting cage side, as I reluctantly watched a fighter attempt to cover his face as a barrage of punches landed, there was no escaping the fact that this was a fight, and by default, violence was an inherent part of it.

Somehow, in my naivety as an initial ‘casual’ follower (the ultimate insult) of MMA via the medium of the UFC, I had failed to comprehend the reality of stinging shin kicks and facial rearranging overhand rights.

Sure, I had seen such devastating strikes land on television, but there was something about the screen, and the clinical articulation of what was happening by commentator Joe Rogan, that acted as a (Bruce) Buffer (couldn’t resist.)

The media team behind the UFC had, through their YouTube channel, focused on the fighters as opposed to the fighting. In that respect, their approach when it comes to marketing MMA to newcomers is genius.

However, at this live MMA event, the fighting was all that was on offer.

Despite having watched hundreds of hours of UFC footage, I was not prepared to witness first-hand the devastating impact that a jab to a person’s jaw could unleash.

Cinematic trailers featuring spinning back kicks connecting with the fully padded torso of a trainer, along with sets of carefully pieced together KO inducing combinations had cleverly served to dilute the rawness of MMA, a sport in which, despite the presence of a referee, is essentially two humans are going to war, risking potentially significant injury in the process.

That’s not to say that I don’t love the theatrical side to the UFC, or understand why the company invests so much money in marketing their events in the way it does.

Like any business, market size needs to be increased to increase profit.

Yet for the inherently pure and dangerous nature of the sport, is it disingenuous for the UFC to be promoting its organisation in such a manner, under the umbrella of sports entertainment? Or does it simply make financial sense?

Case in point, in 2011, Zuffa LLC followed in the footsteps of WWE and classed the company as a sports entertainment organisation in an effort to have MMA legalised in New York – the ban wasn’t ultimately lifted for another five years.

On foot of the legalisation, the city and state of New York not only made 37.4 million in economic output and 18.3 million in salaries from UFC 205, but the UFC and MSG recorded a gate record of 17.1 million.

Since it initially hit our television screens in 1993, the UFC has come on leaps and bounds in terms of how it presents itself to the general public. While this in large part can be credited to the rules and regulations it now implements, its media team (along with the help of showmen like Conor McGregor) can also take credit for sending the popularity of MMA into the stratosphere.

Its commercialization of MMA is reflected in the line of UFC gyms dotted across America’s landscape, along with the litany of MMA ‘fitness’ establishment’s sprouting up across Europe.

Thanks to the UFC, MMA is well and truly in fashion.

Yet one year ago, as I watched that raw and unedited MMA fight, I felt a respect for the courage and skill of the participating fighters that no glossy mini series could evoke.

Despite what the UFC marketing team would have you believe, MMA is not all about striking pads and looking cool.

No longer the green newbie to the fight game, one that can be fooled with carefully edited UFC promo vids, I now watch all combat sports with a much graver understanding of what is taking place, which in turn I believe makes me better at my job as an MMA Journalist.

Despite the bordering on Hollywood Blockbuster format that the UFC now produces in order to promote it’s events, it’s important that those of us watching from the comfort of our homes remember the reality of what is taking place in front of us, and as such, treat both the sport and its participants with the respect that they deserve.