Home » MMA News » UFC » Video | Donald Cerrone gets attacked by a swarm of... 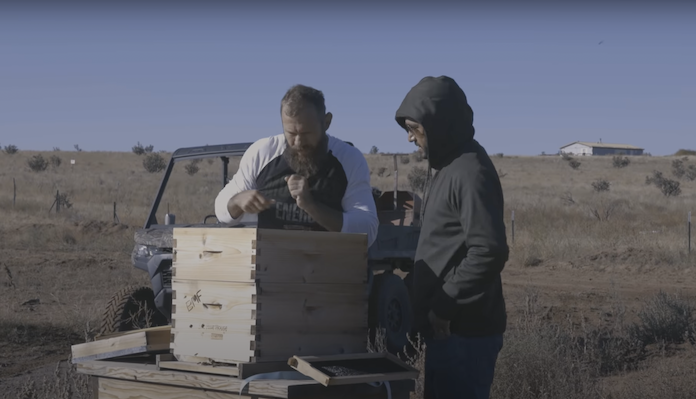 UFC legend Donald Cerrone got attacked by a swarm of bees at the BMF Ranch and he lived to tell the tale as he shared in a new vlog.

Cerrone — a bonus machine who is one of the most exciting fighters in UFC history — posted a new video to his YouTube channel where he showed himself collecting honey from the two beehives he owns on the BMF Ranch. The problem was, the bees decided to fight back. Watch the video below and see how “Cowboy” gets stung by the attacking bees.

Thankfully, Cerrone is okay and he got his honey so things turned out just fine for him.

Cerrone (36-16, 2 NC) was last seen in the Octagon back in May when he lost via TKO to Alex Morono. Cerrone is currently in a tough skid in his career as he’s lost five of his last six fights, and he was finished in four of those losses. At age 38, “Cowboy” has certainly seen better days in his MMA career, and it wouldn’t be a surprise to see him hang up his gloves.

That being said, he has said that he wants to fight one more time and test himself again, so it will be interesting to see if the UFC matchmakers decide to give him one last chance. The fight against Morono was not impressive whatsoever, but it was a short-notice opponent after his original fight against Diego Sanchez had fallen through. At this point of Cerrone’s career, he should be fighting someone that is a bit closer to his age, level of damage taken, and skill level rather than a younger fighter closer to his prime like Morono.

Do you want to see “Cowboy” Donald Cerrone fight one more time in the UFC, and who do you want him to fight?