Derrick ‘The Black Beast’ Lewis, who is currently ranked #10 on the UFC’s official heavyweight rankings, was slated to fight Marcin Tybura in the co-main event of ‘UFC Fight Night: Manila’ this Saturday.

Unfortunately, the card was cancelled last minute after main event fighter BJ Penn was forced out of the fight with a rib injury. While the UFC initially blamed the card’s cancellation on strict drug testing procedures in the Philippines, the Philippine commission was quick to respond with a statement that indicated that the card was indeed cancelled because of Penn’s withdrawal given that the UFC Hall of Famer is a marquee fighter. 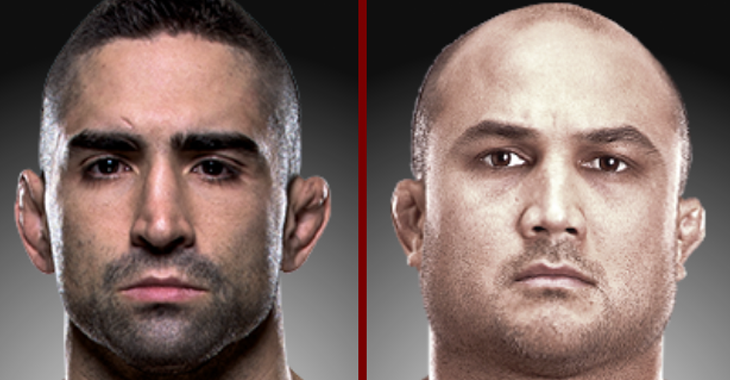 After it was announced that the card was cancelled, the UFC informed the fighters that they would be compensated for the card’s cancellation, however Derrick Lewis hasn’t received his compensation yet, and he’s ready to go to UFC President Dana White’s house to get it.

“They woke me out of my sleep. I had like missed calls from my manager, and he told me he had bad news. I thought my opponent got hurt or something like that. He broke it down to me and said the whole card got cancelled. And I was just pissed. I said, ‘are they still going to pay me?’ He said he don’t know, that we were going to talk about it this week.

“I said, there ain’t no talking about it, let me call Dana White or somebody to pay me, because I don’t already don’t like flying don’t make me come all the way over here for nothing. So we’re still waiting. I haven’t anything from nobody.”

Lewis, who pointed out that he had to cut nearly 30 pounds in preparation of making the heavyweight limit of 265 pounds, is prepared to call White, or show up to his house if need be:

“Yeah I’ll call him,” he said. “I don’t got [a relationship with White], but my manager, I’d make somebody give me his number and either I’ll call him or I’ll show up at his doorstep, either one. Somebody’s going to pay me.”