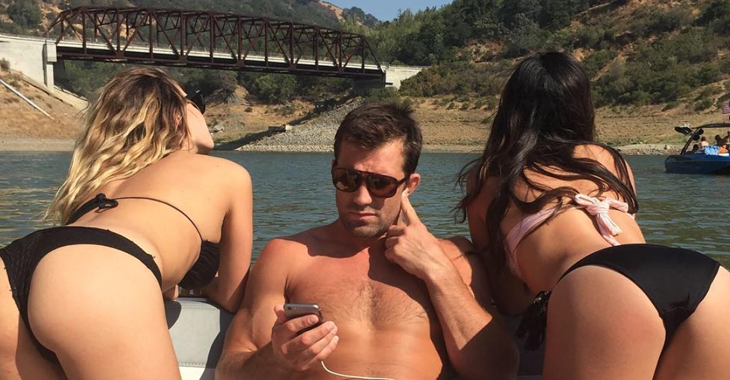 It’s no secret that former UFC middleweight champion Luke Rockhold has a lot of female fans.

The former champ is making headlines in a lot of the major Hollywood media outlets but not for any recent fight related news. Instead, Hollywood is buzzing on his dating life.

According to TMZ, Rockhold is dating pop star singer Demi Lovato, who is a big fan of the UFC.

TMZ reports that Rockhold and Lovato found a connection when the singer was training at the Unbreakable gym in Los Angeles earlier this year and the two hit it off.

Check out the two stars matching pinky tattoos that they both recently posted on their Instagram accounts.

Sessions at Junqs make me happy

Cause life's too short not to tattoo your pinky 😂