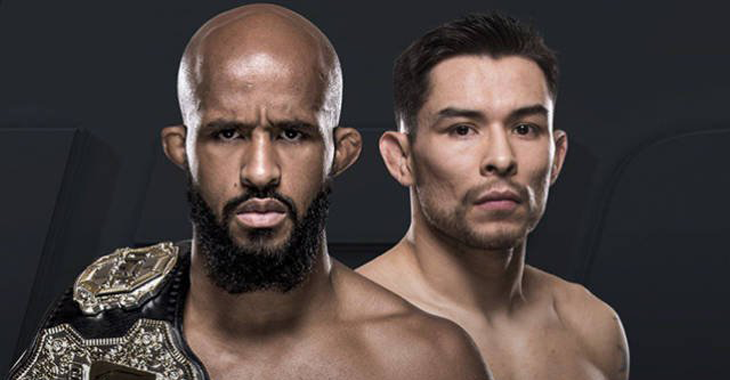 If things had gone according to plan, UFC flyweight champion Demetrious Johnson would have attempted his eleventh-straight title defense opposite Ray Borg in the main event of UFC 215 last weekend. Regrettably, Borg was forced out of this contest at the last minute, leaving the champ without a fight.

Luckily, Johnson and Borg are being rescheduled for UFC 216, which goes down on October 7 in Las Vegas. While this is currently the plan, however, Johnson isn’t sure he can trust Borg – who has made several last minute withdrawals from fights in the past – to show up for battle.

“You know what?” Johnson said on Monday’s edition of The MMA Hour (h/t Marc Raimondi of MMAFighting.com). “I have no idea. All I can do is what I do best — get ready for my fight and hope he shows up. The biggest thing when I hear that is I definitely better win this f*cking fight. We can’t have an unreliable champ. I gotta go out there and put this man away and make sure you guys have a champion that’s always gonna show up, always gonna fight and is always gonna make weight.”

On the show, Johnson also explained that he doesn’t feel Borg owes him an apology, but that he should perhaps be forced up the bantamweight division if he fails to appear for a flyweight fight again.

“He doesn’t need to call me,” Johnson said. “He doesn’t need to text me. He doesn’t need to tweet me or anything like that. Just get healthy and then we can make this fight happen. That’s the only thing that needs to be said and that I’m gonna say. Shit happens and if he has a hard time cutting weight, I think UFC and USADA should consider him going up to 135.”

Do you think Ray Borg and Demetrious Johnson will actually step into the cage together at UFC 216?