UFC lightweight champion Khabib Nurmagomedov is an undefeated 27-0. In all 27 of those bouts, he’s had little to no struggle against his opposition.

The reason for that can be attributed to Nurmagomedov’s simply unmatched wrestling abilities. In his 11-fight UFC career to this point, he has out-landed his opponents a combined 52 to 2 in takedowns. Meaning that Nurmagomedov lands 26 takedowns for every one that gets landed on him thus putting him on pace to smash Georges St-Pierre‘s unprecedented 102 takedowns to 10 in 28 fights.

Which makes us wonder…what if he fought someone that could match him in the wrestling department? Someone who is also unbeaten in their professional career and has yet to meet their true test. Well, that’s why we make the shouts to the MMA Gods! And that’s right, we want Nurmagomedov vs the funky one himself, Ben Askren!

The biggest knock on the 18-0 former Bellator and ONE Championship welterweight champion has always been that he could have fought better competition throughout his career. Which is absolutely true.

Despite holding rather dominant victories over the likes of top welterweights and former Bellator champions Douglas Lima and Andrey Koreshkov, there is still much left to be desired for Askren. Which is partly the reason why he has yet to fully retire.

Askren has made it clear that he is only interested in fighting again if it’s to prove that he’s the very best in the world. Meaning that since he’s good friends and training partners with the current UFC welterweight champ Tyron Woodley, he’s had his sights seemingly fixed on the previously mentioned former UFC welterweight and middleweight champion, St-Pierre.

However, with the continued direct rise of Nurmagomedov straight into the depths of the MMA history books, along with his willingness to welcome the toughest of challenges when solely based on skill… What could be better for Askren than the chance to dethrone a man who is also undefeated that fights practically the exact same way as he does?

The same thing can be asked to Nurmagomedov. Especially when considering that Askren would be the bigger man thus adding all the more intrigue to the matchup.

“The Eagle” isn’t going to be around forever and with recent rumblings and rumors that he could be looking at one or two more fights and be done, it would be a shame to not see his grappling tested against a fellow dominant wrestler.

As odd as it may sound, it does make sense for both fighters to be on the backends of their careers right now despite their success and age as both have been honing their respective crafts essentially their entire lives. Nurmagomedov being in the Sambo world and Askren freestyle wrestling his way up to the Olympics.

Interestingly enough, to circle back to Askren’s size advantage in this matchup, it can be argued that Nurmagomedov’s toughest challenge to date came against one of his bigger opponents in Gleison Tibau which was early on in his UFC career. Tibau remains the only opponent of Nurmagomedov’s that was able to defend Nurmagomedov’s takedown attempts (13).

Thiago Tavares also avoided being taken down in his fight with the Nurmagomedov but that was because the fight stayed on the feet…which led to a vicious knockout for the would-be champion.

As we’ve seen before with fantastic singular skill dominant fighters, sometimes their strengths will cancel out resulting in them fighting primarily to, in this case, strike. But to be perfectly honest, that seems like one of the more unlikely results for a fight between two guys who are extremely confident in their strengths and testing them as they have every right to be. 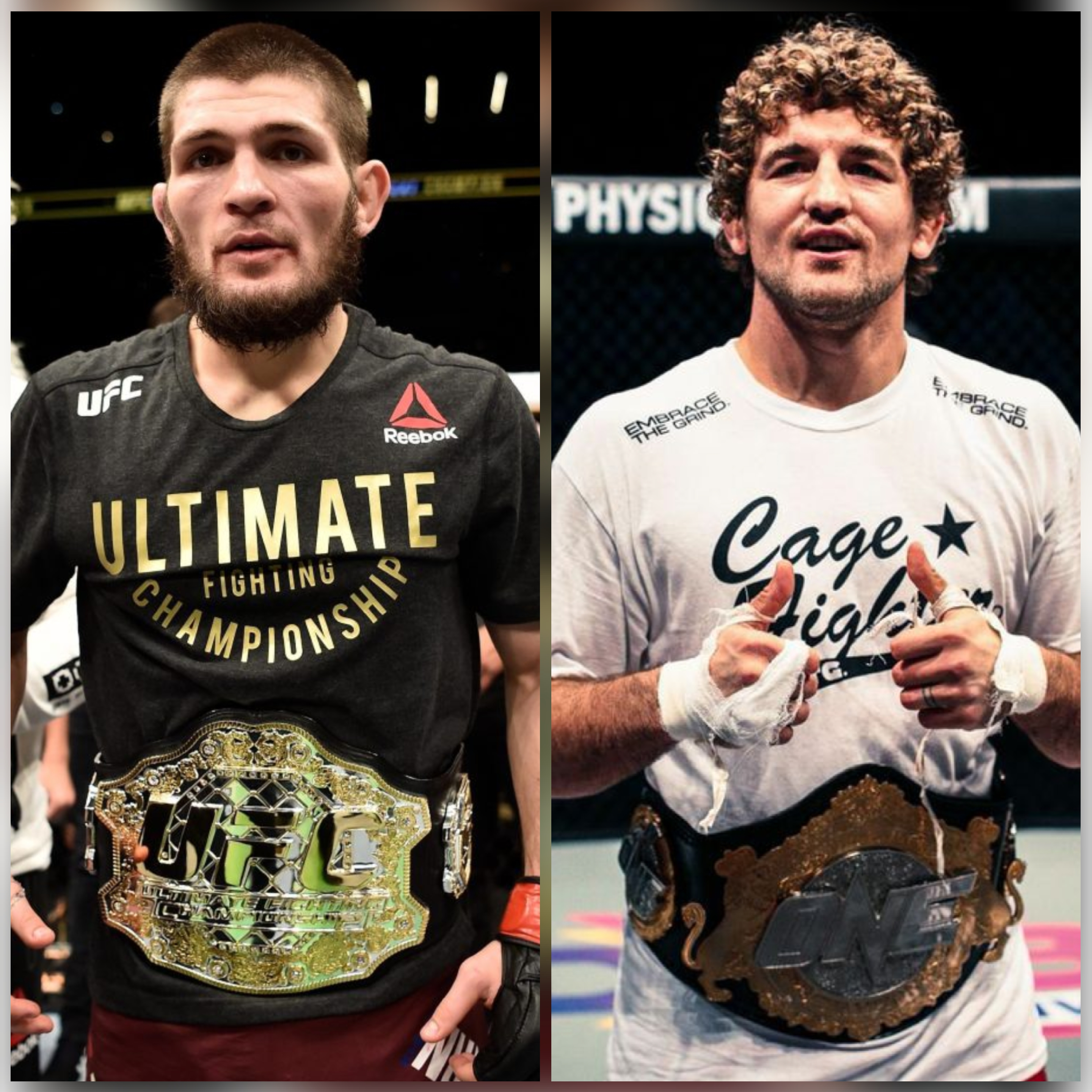 Of course, it really doesn’t make a lot of sense for it to happen other than the awesome challenge it would be for both men.

Nurmagomedov has plenty of challengers awaiting him at 155-pounds such as Tony Ferguson, Dustin Poirier, and Kevin Lee. Then he’s even expressed interest in GSP as well.

But when we look at who would be the most difficult stylistic bout for him out of every possible option, it could very well be the “Funky” choice.

In terms of it being a fight that sells, Askren obviously is primarily known only among any fan that is more than a casual viewer. After his most recent title defense as one half of the biggest UFC event in history, Nurmagomedov’s fame has reached new heights. That accompanied by the notion that it’s two undefeated dominators going at, there should be zero issue getting the masses interested in such a fight.

In the end, with said list of challengers and the legendary St-Pierre also showing interest in a fight with Nurmagomedov, it makes this matchup all the more unlikely to happen anytime soon. On top of that, UFC president Dana White and Askren haven’t always seen eye to eye which would make it hard to imagine White rewarding the self-proclaimed “best damn welterweight on the planet” with such an opportunity.

Nurmagomedov vs Askren chance of happening: 5%

Check out the previous articles in the Dear MMA Gods series here: 1. Can we get an Iron-Highlight one day?, 2. It’s not too late for the WEC super fight, 3. The true time for Affliction is now…, 4. We need to see Cyborg’s toughest test, 5. Let’s see how mighty this mouse really is, 6. Tyron Woodley’s ultimate redemption, 7. Give Gegard Mousasi his chance to fully cement himself as a legend of the sport