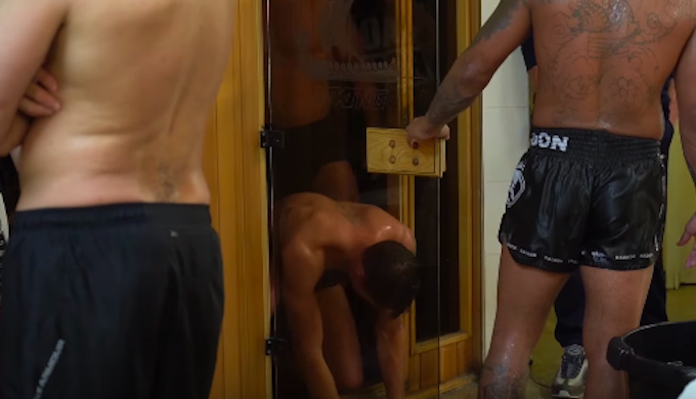 Last night, Darren Till’s sponsor Paddy Power released a behind-the-scenes video that showed just how brutal the fighter’s UFC Liverpool weight-cut was. In this video, a visibly depleted Till could be seen clambering around on all fours, while his corner mentioned that he had lost the ability to see.

This video of Till’s harrowing weight-cut has already been wiped from the Internet, likely as the result of the tidal wave of controversy it created. All over the web, members of the MMA community voiced their concern, calling for Till to change weight classes, and for the widespread reform of weight-cutting policies.

One of the voices to chime in on this controversy was that of Mike Mazzulli, the head of the Association of Boxing Commissions and the director of the Mohegan Tribe Department of Athletic Regulation.

“I was appalled seeing seven people sit there and push this kid to the point where he lost his vision,” Mazzulli told MMAjunkie.

Mazzulli added that he feels Till’s corner should be suspended for allowing him to undertake such an extreme cut.

“They should suspend those corner people that tried to help him cut that kind of weight, first of all,” he said.

“They think it’s OK to do what they did to that kid? They’re going to get him killed,” he added. “Right now, I am so upset at this whole industry.”

Furthermore, Mazzulli feels that if this kind of weight-cutting continues, somebody is going to die.

“You’re going to be sitting there with a girlfriend, with parents, who lost their kid to something so stupid, for no apparent reason,” he said. “What’s going to happen is you’re going to have a mother and a father losing their child over weight-cutting to fight – not in a fight.”

What do you think of Mike Mazzulli’s take on the Darren Till situation, and on the larger issue of weigh-cutting in MMA?