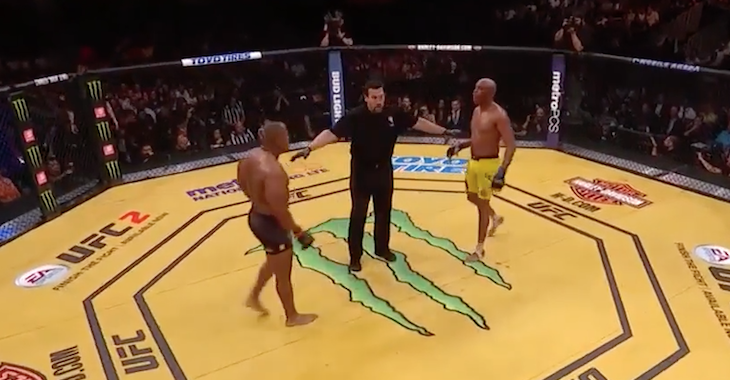 With just two days to go until the biggest event in UFC history, Daniel Cormier found himself without an opponent for the main event of UFC 200 after Jon Jones was pulled from the card for a potential USADA anti-doping violation.

Ultimately, former middleweight kingpin Anderson Silva stepped in on just 2 days notice to fight the light heavyweight champ in a 3 round main card scrap. Unfortunately for Cormier, while he had an opponent for the event, his pay was cut because he was no longer the main event of the card.

In the wake of the event, Jon Jones’ manager, Malki Kawa, joined The MMA Hour to discuss the situation:

Cormier went on to defeat Silva via unanimous decision in dominant fashion, utilizing his wrestling to repeatedly take The Spider down.