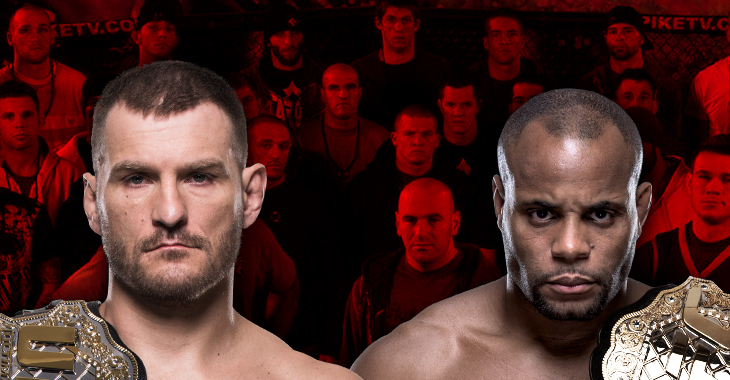 The match of the century has been booked. The UFC light heavyweight champion challenging the UFC heavyweight champion. Two of the biggest and baddest men on the planet colliding in an incredible fight that has ‘legendary’ written all over it. However, before Daniel Cormier puts on the gloves to fight Stipe Miocic, there’s going to be an entire season of The Ultimate Fighter as build up. The two will coach a cast of undefeated fighters for their chance at greatness, before they prepare for their own legacy-defining clash.

These two champions can’t do it alone though, they’ll need a group of coaches to help build their teams to success. Daniel Cormier will bring along all the people who have been with him for the long haul, including former UFC heavyweight champion Cain Velasquez. Stipe Miocic will have UFC fighter James Krause, as well as GLORY kickboxer, former UFC fighter, and new ACB signee Chris Camozzi. Filming should be starting anytime now, with cast already sharing some video teasers of The Ultimate Fighter gym. The show will drop its two-hour debut on April 18th on FS1, with The Ultimate Fighter 27 Finale on Friday, July 6th. As always, it will be a double header of ridiculous fights because the next night is UFC 226 on July 7th, when the coaches will finally fight in easily the biggest clash of this year. Below is the full cast of fighters who will be participating in this history event.

Here we go!!! This is crazy, I’ve done this twice with @officialcainvelasquez and @joshkoscheck never thought I’d do it myself. Blessed! And so happy they got the colors right orange/black for Team DC #tuf27 pic.twitter.com/KMQ8ySDv8O