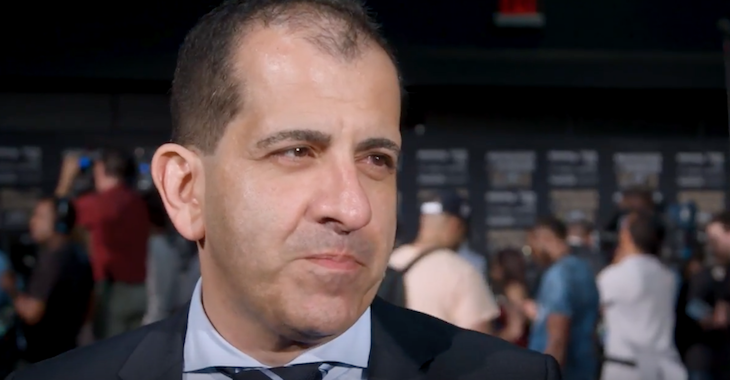 Thursday night, the Conor McGregor vs. Floyd Mayweather world tour hit Brooklyn New York, where the fighters hit the stage together for the third time.

Thank u so much Brooklyn, NY!!!! So sorry about the #shitshow It's not my show or it would be run WAAAAAY different. Thanks for always supportin

“Dana has come in with very strong ideas about how he likes press conferences run. From our perspective, the way he runs press conferences deemphasizes the fighters. It emphasizes Dana. That’s backwards. I understand that might be great for the UFC brand but our goal, strategically and philosophically, is to try to place the fighters at the center of the promotion.”

In regards to the third stop of the tour, Espinoza reflected on the press conference, stating: Espinoza went on to admit that things are getting dangerously close to crossing a line, and having tensions spill over:

“I’m not worried about that, but I do think that Conor brought it right to the edge a couple of times.”