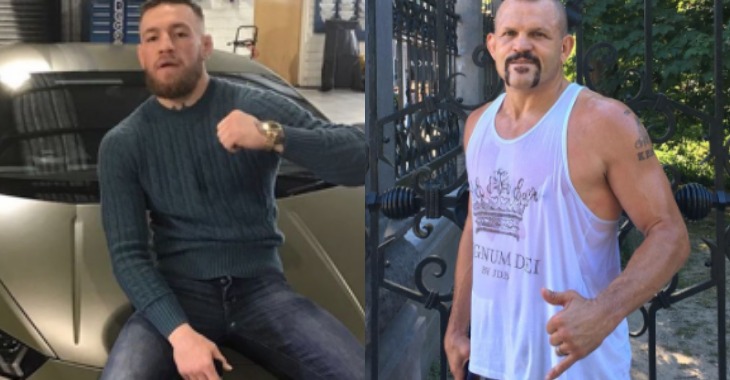 UFC lightweight champion Conor McGregor‘s upcoming boxing showdown with Floyd Mayweather Jr. is quite unprecedented. That said, it can be compared to a few other fights in the long and violent history of unarmed combat.

One fight it is often compared to is Muhammed Ali’s 1976 battle with pro wrestler Antonio Inoki. Another it is compared to is boxer James Toney’s lone and disastrous mixed martial arts bout, which saw him abruptly tapped out by Randy Couture. In the opinion of UFC President Dana White, it’s also somewhat similar to former UFC light heavyweight champ Chuck Liddell’s sojourn into the PRIDE FC ring – unfamiliar territory for a fighter who’d cut his teeth in the cage.

“It’s very much the same, except for the fact that Chuck was fighting in mixed martial arts,” White told the MMAJunkie.com. “I think the different thing I was thinking about was the ring. They were fighting in a ring. But other than that, it was the same sport at least. He wasn’t going up against the greatest boxer of all time.” Liddell’s run in Pride, of course, wasn’t an exactly a success, as he was ultimately taken out by Quinton “Rampage” Jackson. For McGregor, however, the UFC boss envisions much better results.

“I’ve been saying this all along: For all the people who come out and say he doesn’t belong here, this fight’s ridiculous and everything else, when he knocks Floyd Mayweather out on Saturday, what are all these naysayers [going to say]? They’re going to say Floyd was too old. It’s going to be a whole other set of excuses. Get ready. Remember I told you that. A whole other set of excuses when he knocks him out.”

What do you think of this Conor McGregor – Chuck Liddell comparison from Dana White?